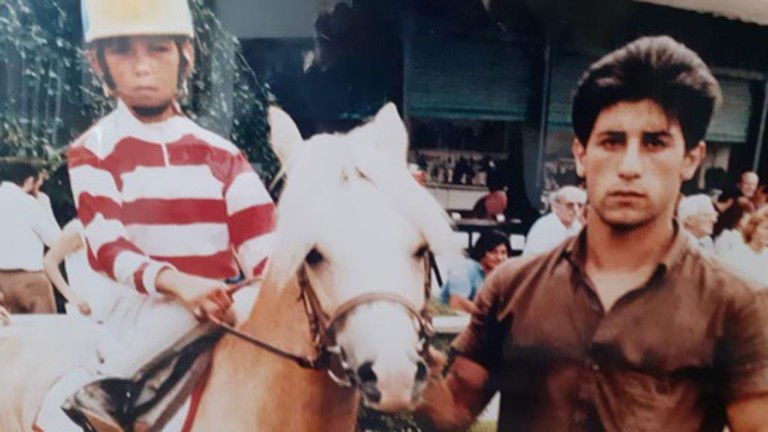 Ten-year-old Frankie Dettori aboard Silvia at San Siro – his first ride in a children's race
1 of 1
By Lee Mottershead UPDATED 11:29AM, DEC 11 2020

Frankie Dettori has recalled the inauspicious start to his career that saw him finish last in each of his first two rides in public – with the ignominy of being thrown over a horse's head into the bargain.

Dettori, who turns 50 on Tuesday, was talking to the Racing Post for a special feature in Sunday's newspaper, in which Lee Mottershead traces his remarkable rise through 50 of his biggest moments, including contributions from Luca Cumani, long-time manager Peter Burrell and the birthday boy himself.

Dettori's journey had begun at the age of ten on Silvia, the small chestnut pony bought for him by his father, the legendary Italian jockey Gianfranco Dettori. The pair took part in a children's race at Milan's San Siro racecourse.

"I finished dead last," said Dettori. "I had my head down pushing and didn't realise we were heading straight towards a big fence. Silvia saw it, dug her toes into the ground and I flew over her head. That was my first taste of competition." 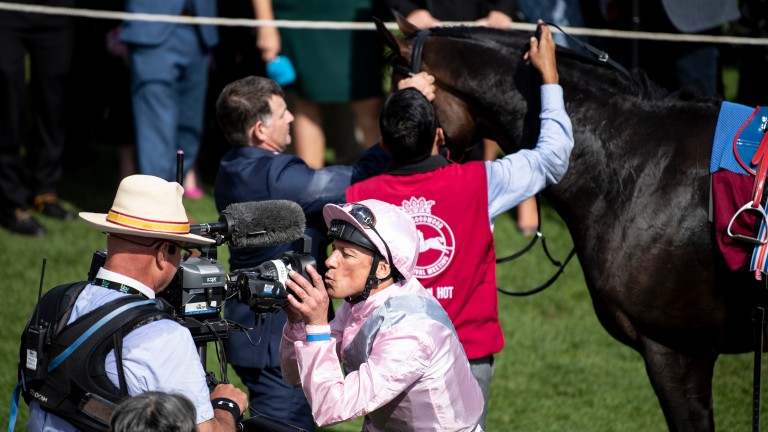 His first professional ride five years later was only a little better. Back at San Siro on June 25, 1986, he again finished last on a filly named My Charlotte.

Yet in between Dettori had shown such promise that by then he was already based in Newmarket with Cumani, returning to Italy for his first mount only because he was still too young to obtain a British licence.

Cumani recalled: "Frankie's father was stable jockey to my father. I was racing with my parents in Pisa, where Gianfranco introduced me to little Frankie, who was knee high to a grasshopper. He said this was his son, he couldn't cope with him anymore and he would send him to me the following year. Sure enough, that's what happened.

"He had grown up in Italy and hardly gone to school because he was a rebel. He was always exuberant, always in great form and always up to mischief. He couldn't speak a word of English. He could hardly speak a word of Italian, either."

It would be fair to say the boy turned out just fine in the end, though. 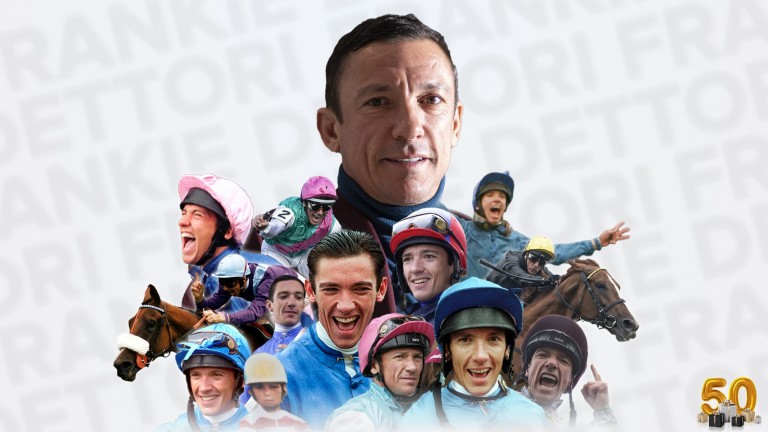 Read more from Frankie Dettori and Luca Cumani in the Big Read, available to members from 6pm on Saturday or in Sunday's Racing Post newspaper. Join Members' Club here.

FIRST PUBLISHED 11:00AM, DEC 11 2020
He was always exuberant, always in great form and always up to mischief

'I think he might win it' - who has high hopes for their Carlisle Bell runner? Can any challengers defeat Aidan O'Brien's four-strong squad in Oaks Trial? No July Cup bid for Campanelle as Wesley Ward takes US raiders back home 'The meeting was sure to be off. We were only coming here to have lunch' 'It's the dream more than ever now' - Menuisier eyes Arc with royal winner New Sky Bet Sunday Series to offer £200,000 in bonuses to owners and jockeys