News CHIP OFF THE OLD BLOCK

Watch here: Rocco Dettori tries out his flying dismount after race against dad 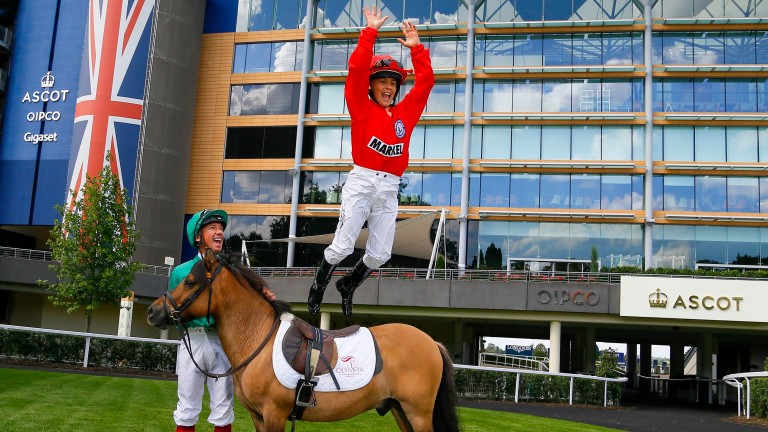 At Ascot on Saturday, Frankie Dettori partnered Enable the wonder horse. At Ascot on Monday, he partnered Sheila the little horse.

On this occasion the aim was not to win the King George but to beat son Rocco.

The two Dettoris, one aged 46, the other aged 12, were at the sport's most famous venue, scene of the former's Magnificent Seven, to promote their Olympia appearances at the London International Horse Show.

Dettori senior will be there on Friday, December 15, captaining fellow jockeys against a team led by Sir Anthony McCoy in the Markel Champions Challenge show jumping event, a fundraiser for the Injured Jockeys Fund.

Dettori junior will be there throughout the show, racing in the Shetland Pony Grand National, which supports The Bob Champion Cancer Trust. His mount then, as it was here, will be Barry (official name, Beeswax), who he rode to win a qualifying race in Somerset last week.

Prior to the Ascot showdowns Rocco had some words of advice for his father.

"You've got to sit straight on the horse," he told the former champion jockey, who quickly pointed out: "I've done this before." 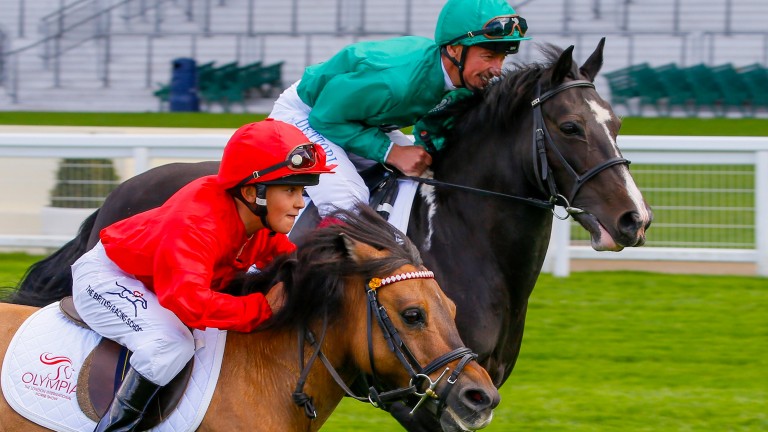 Once the battles had been fought (the honours belonged to Rocco), the advice this time came in the other direction.

"The best tip I can give you is to stay on the horse," said Frankie, before revealing a desire to race against his son should Rocco's dream of joining the weighing room come true.

"He rides well and has good style," he said. "I wasn't too pleased when he told me he wanted to be a jockey, but he is pretty determined, so I'm going to guide him the best I can.

"I rode against my dad and now there's every incentive for me to stay on for as long as I can so I can ride against Rocco."

At Ascot on Monday, Frankie got an early taste of how that will feel.

FIRST PUBLISHED 5:37PM, JUL 31 2017
I wasn't too pleased when he told me he wanted to be a jockey, but he is pretty determined

'I didn't say that. He's wrong' - Dettori counters Murphy best-horse claim What we learned from day four of Royal Ascot A day when two big decisions had to be made - officials at Ascot got both right 2,000 Guineas favourite Point Lonsdale out to confirm Classic claims in Chesham 'There is no denying the phenomenal training that has gone into Rohaan' 'He's a horse we like a lot' - Roger Varian could hold key to big-field handicap