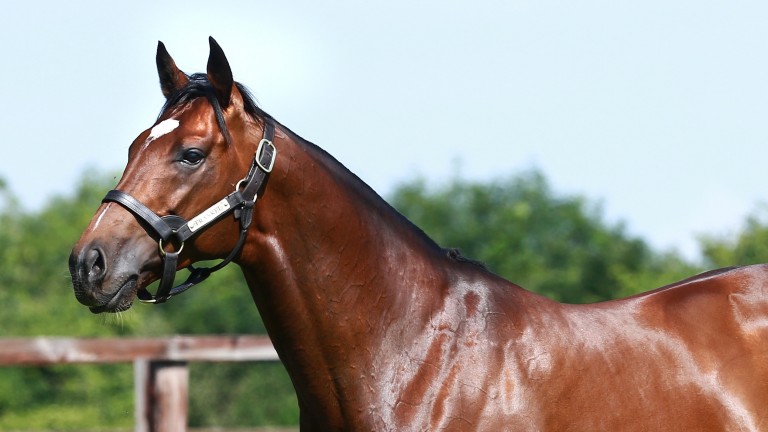 Frankel: never ran in the Derby but he could now win it as a stallion
Asunción Piñeyrúa
1 of 1
By Lee Mottershead 7:12PM, JUN 2 2017

Frankel's first stallion crop is represented in the Derby by two of the first thee in the betting – Cracksman and Eminent – and many still wonder what would have happened had Frankel run in the race.

Frankel's sire Galileo won the Derby in 2001, while before Frankel entered the world the superstar stallion had produced New Approach to triumph at Epsom, where in recent years Ruler Of The World and Australia have also scored.

Following Frankel's jaw-dropping destruction of the 2,000 Guineas field, there had been hopes he might seek to give Sir Henry Cecil a fifth Derby victory.

The day after the Guineas, Frankel could have been backed at 1-3 for the St James's Palace Stakes and 3-1 for the Derby.

But two days later owner Khalid Abdullah's racing manager Teddy Grimthorpe revealed Frankel would not head to Epsom, for which the owner's Cecil-trained World Domination was then 4-1 favourite.

Frankel went to Royal Ascot, while World Domination never made it to Epsom either.

Frankel never did run over a mile and a half, but now his sons can carry his genes into a whole new territory.

FIRST PUBLISHED 6:00PM, JUN 2 2017
We don't really want to be experimenting. We'll feel our way, but at the moment he tells me not to go a mile and a half