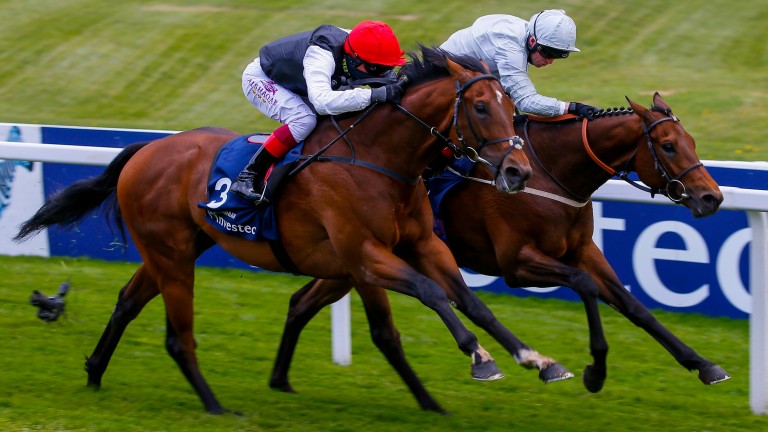 The 2017 Flat season has been the Aidan O'Brien show, but John Gosden will demonstrate the huge firepower at his disposal when he unleashes leading Classic contenders Cracksman and Shutter Speed at York next week.

Cracksman, who runs in the Anthony Oppenheimer colours associated with Golden Horn, could bolster his status as Britain's leading Derby hope as he features among 21 confirmations for the Group 2 Betfred Dante Stakes on Thursday.

The son of Frankel, who has won both starts, is no bigger than 8-1 for the Derby and is behind only the Aidan O'Brien pair of Churchill and Cliffs Of Moher in the market.

Cracksman could renew rivalry with Permian, who he narrowly beat in the Derby Trial at Epsom on his reappearance, after Mark Johnston's colt was supplemented for the Dante on the back of an impressive Listed success at Newmarket on 2,000 Guineas day. Century Dream was the only other supplementary.

O'Brien has seven possible contenders, headed by Sir John Lavery, though he has been declared to run in Lingfield's Derby Trial this Saturday. 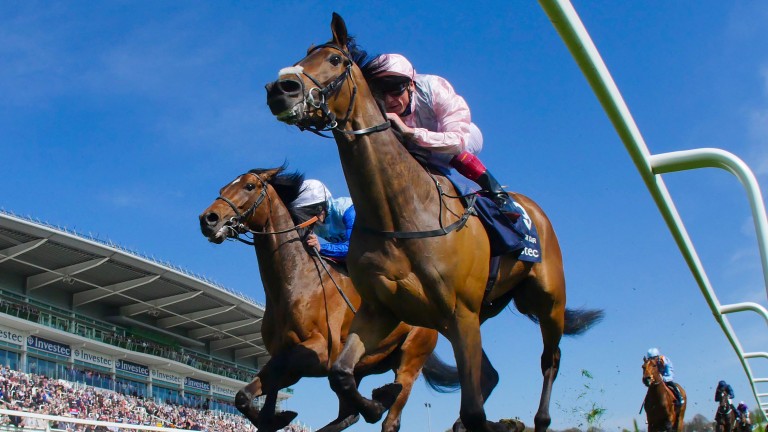 The chief supporting race on Thursday is the Group 2 Betfred Middleton Stakes, in which Gosden looks to have strong claims with So Mi Dar, a leading fancy for last year's Investec Oaks before injury intervened.

So Mi Dar, a daughter of multiple Group 1 winner Dar Re Mi, could face up to nine rivals at York, including Queen's Trust, who must carry a 3lb penalty for her victory in last year's Breeders' Cup Filly & Mare Turf.

York's three-day Dante meeting commences on Wednesday, with the Group 3 Tattersalls Musidora Stakes, an Investec Oaks trial, one of the feature races. All eyes will be on Gosden's unbeaten Shutter Speed, who surged towards the head of the Oaks betting when easily winning a conditions race on her reappearance at Newbury.

Shutter Speed, who has also been mentioned as a possible for the French Oaks – the Prix de Diane – is one of eight possible contenders for the Musidora after the race was reopened due to only attracting six entries.

FIRST PUBLISHED 2:59PM, MAY 12 2017
Cracksman could renew rivalry with Permian, who he narrowly beat in the Derby Trial