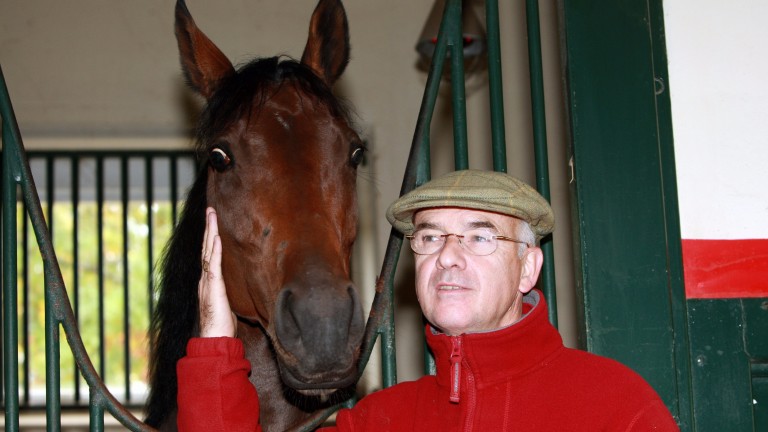 Alain de Royer-Dupre with Zarkava the day after the 2008 Arc. Her daughter, Zarkamiya, is described as "ravishing" by the trainer
Frank Sorge / RACINGFOTOS.COM
1 of 1
By Scott Burton UPDATED 12:45PM, SEP 27 2017

There is understandably plenty of interest around the challenge of Zarakava's son Zarak in this year's Arc and it should come as no great surprise that the meticulous Alain de Royer-Dupre has been as inventive as ever in trying to get the best out of the four-year-old.

Royer-Dupre revealed to the press on Tuesday a couple of measures he has taken with Zarak beyond the normal routine of sleep, feed, exercise and repeat: sending him to Deauville during the busy August meeting to tune his mind up away from the tranquility of Aiglemont; and adding a pousseur in that morning's gallop to chase him along and make sure he didn't stop after he had passed his lead horse.

But as much as he was full of warm words for Zarak, it was younger sister Zarkamiya who produced a real glint in the 73-year-old's eye.

"Zarak was a bit out of the ordinary right from the start," said Royer-Dupre. "But behind him there is a filly by Frankel who is absolutely ravishing, beautiful to look at and a very good mover. So it looks like Zarkava will turn out to be a good broodmare."

Zarak is famously the first foal from Zarkava to reach the racecourse at the fourth attempt but Royer-Dupre has confidence he will have more good ones to train.

He added: "Although Zarkava never looked like she was having a hard time when she was racing it often happens that the first produce of the real champions are a little bit below what is required and then it starts to come right later." 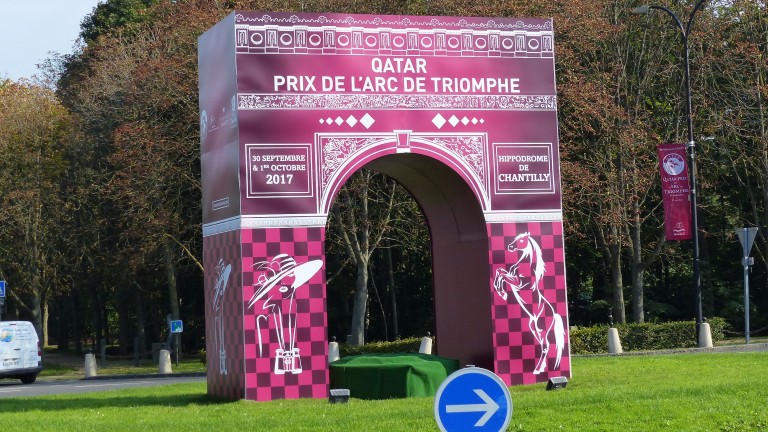 Many a visitor to Paris will find it hard to separate the Arc de Triomphe from the terror involved in navigating the Place d'Etoile, at the centre of which is situated the monument for which the race is named.

While my view is that the Place de la Concorde is a much scarier test of your nerve behind the wheel, it will be a relief to those who drive into Chantilly this weekend that the Rond-Point de Sylvie has just the five roads running on to it (as opposed 12 around Etoile)

Organisers have built their own (smaller) version of the Arc de Triomphe decked out in the sponsor's colours at the centre of the roundabout, which serves both the railway station and the approach to the racecourse and which will doubtless be a popular spot for taking 'selfies' on Saturday and Sunday.

Just across the road is a bank of starting stalls with eight cutout horses bursting forward, including not one but two greys. 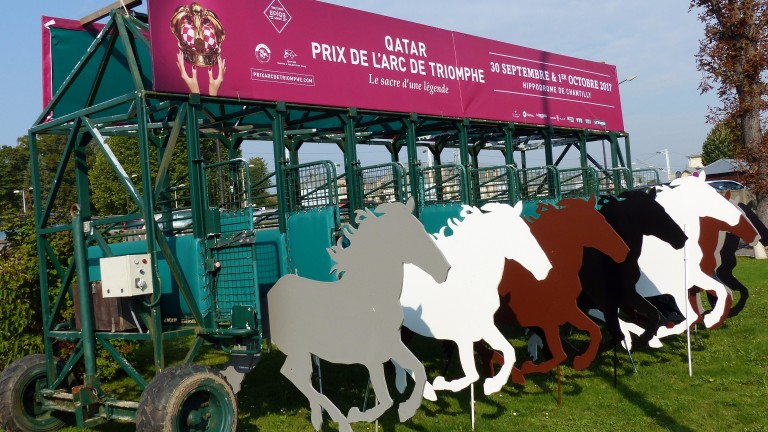 Prix de l'Arc de Triomphe starting stalls in Chantilly town
Racing Post / Scott Burton
French racing lore doesn't tend to put such store by horse colouring as is the case in Ireland or Britain, where Neptune Collonges was notable as the first grey to win the National since Nicklaus Silver in 1961 and you have to go back to 1946 and Airborne to find a winner of the Derby.

But you only have to see the affection reserved for Solow to realise that even hardened Gallic hearts are susceptible to a particularly handsome model.

Grey Arc winners are not that rare all things considered, with Dalakhani (2003) and Sagamix (1998) both triumphing in the last 20 years.

If the real thing mirrors the roundabout version of the Arc (admittedly quite a big if) then could it be Winter and Capri going head to head in the final furlong on Sunday? 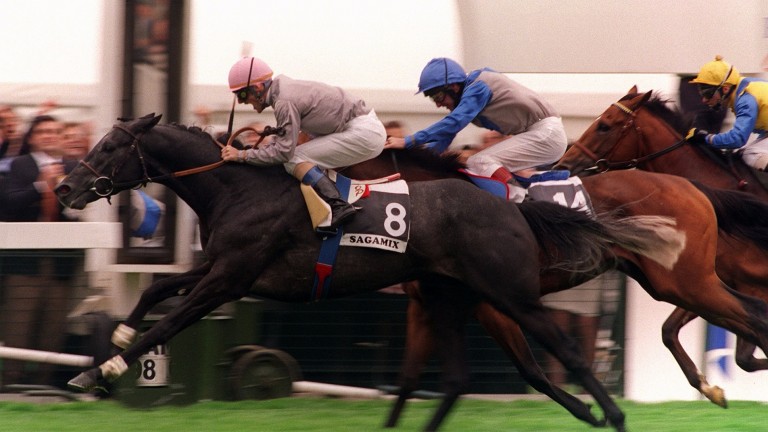 FIRST PUBLISHED 11:08AM, SEP 27 2017
Behind him there is a filly by Frankel who is absolutely ravishing, beautiful to look at and a very good mover