France looks back on the day that changed her life forever 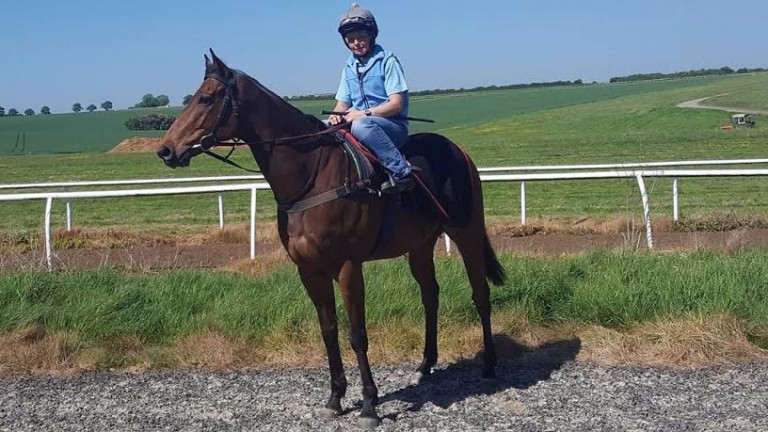 May 29 is a date Suzzanne France, now 36, will never forget. It was at Redcar on that day in 2007 that a fall in a routine sprint handicap changed her life forever, but at least she has a life. It could have been so much worse. Ten years on, she talks to Colin Russell about that fateful day and how she has adapted to her new circumstances

I can't remember anything about the day at Redcar or for two weeks after it.

It was a 6f handicap and going into the last furlong a horse edged in a bit, mine clipped its heels, did a cartwheel, kicked me in the head before landing on top of me.

I was taken to James Cook Hospital in Middlesbrough, having suffered bruising to the brain and was comatose for three days. My optic nerves were damaged and I'd lost half the sight in both eyes, and had hardly any feeling in my right side. My right arm and leg were limp, it was as though I'd had a stroke.

Suddenly I had to rebuild my life just when things had been going well. The previous season I'd had my best campaign with seven winners, I'd had 17 in all so was on the verge of going down to a 5lb claim.

I was in hospital for six weeks and when I came out I was so weak I couldn't even pick up a kettle, and basically I had to learn to walk again. I didn't eat properly either because I'd lost half my sight so I couldn't see what was on my plate! It wasn't easy watching racing on the television either because I could see only half the screen.

I'll never get my full sight back, it won't improve, but over time your brain learns to compensate so you get more used to it.

I knew I'd never be able to race-ride again, but I still wanted to get back on a horse. I asked the doctors soon after I came out of hospital if I could start riding again, but they said to wait as they were worried the helmet would put pressure on the bruising.

If only there had been Jack Berry House in those days. I had to do everything on my own as there weren't any sports' physios in the hospitals. It's so much better now, it's only ten years on but what a difference in the care and advice jockeys receive.

So I waited a bit longer and then got the all-clear to ride and was away trotting around the roads. Now I ride out three lots most days. But what made a huge difference to my life was receiving a phone call from Jack Berry. It was eight years after my accident and he asked me if I would like to ride in a charity race at Kelso. Since my fall it was something I'd yearned to do, for me it was like completing unfinished business.

I had a struggle to persuade the authorities to let me ride and I had to dig out all my hospital and doctors' reports for them, but eventually I got the all-clear. I still had my kit from my riding days stored away in the loft so I was ready. I didn't win, my horse slipped but luckily kept its feet. After that I could let go – riding in that race allowed me to move on.

In 2011 I began training a few horses in Norton near Malton. It isn't easy with limited resources and we have only five horses, but my partner Aaron James and I ride them out before he goes and rides for other people.

My parents have moved to Malton and they help out, and Ollie Pears and Kristen and Linda Stubbs, who train near me, are really good friends. I don't socialise much these days as I'm too busy as I also work for 20 hours a week in an old people's home.

I never thought I would enjoy that, but it's amazing, a very different experience, and having had a bad accident I can relate to many of their needs. And I think they like having me around as they're always asking me how the horses have run.

When I left hospital the doctor told me I was unlikely ever to ride a horse or drive a car again, but even so I didn't realise how bad things had been.

I'm so pleased that all the rehabilitation and hard work I've done seems finally to be paying off. With my loss of sight it's often more difficult for me than people realise, but I have always been the independent type and I like to think nothing has changed in that respect. Early on after the accident I used to find it difficult to accept help from friends and family, but that's all they wanted to do, whenever they could.

When I started training there seemed to be no better name than Newstart Racing as it was certainly a new start for me. I'm happy doing what we do here and we have four horses in Newstart Partnership and shares are available to people who would like a taste of ownership.

I would like to thank all our loyal owners who have been with us for a few years now, and the Dobb family [owners of Luath, who won at Southwell in April], as all their support has enabled us to get to where we are today. I get the feeling that this year things are going to get even better.

FIRST PUBLISHED 9:00AM, MAY 29 2017
Going into the last furlong a horse edged in a bit, mine clipped its heels, did a cartwheel, kicked me in the head before landing on top of me