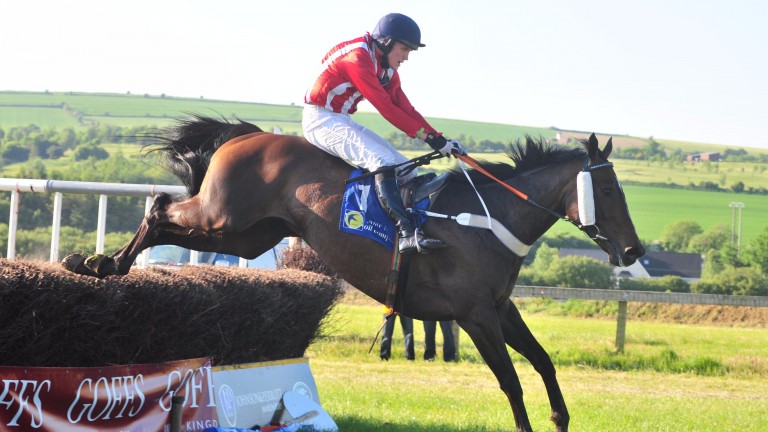 The trainer of the prolific point-to-point winner prevented from running at the Cheltenham Festival in mysterious circumstances is understood to be facing serious doping charges after the conclusion of an investigation triggered by the discovery of a blood-covered syringe at jump racing's showpiece meeting.

An announcement from the BHA is believed to be imminent in the case involving the Stephen McConville-trained Anseanachai Cliste, who was forced to miss the Foxhunter Chase on the orders of the stewards, who were not satisfied the nine-year-old had been administered only normal feed and water.

Anseanachai Cliste, who is trained in Portadown, County Armagh, underwent routine drug testing on the day when both McConville and his son Michael were interviewed. The tests are believed to have revealed the presence of prohibited substances.

Although the horse was allowed to continue racing subsequently, winning the Ulster National nine days after his festival absence, the findings had not been established before that Downpatrick victory on March 26.

Anseanachai Cliste had won eight point-to-points on the bounce over the course of a year before the festival. He was a 33-1 chance for the Foxhunter at the time of his withdrawal, when the BHA's chief regulatory officer Jamie Stier said: "In my experience of seven years it's the first time a horse has been withdrawn in these circumstances. But we're now in the investigation phase, so I can't say anything further at this stage."

Anseanachai Cliste has run twice more since his Ulster National win, at Kelso and Downpatrick, failing to make the frame on either occasion, and holds entries at Perth on Wednesday and Thursday. As of Monday there appeared no reason why the nine-year-old could not run at Perth if connections wished.

Every point-to-point winner in Ireland is tested and all of those samples are understood to be actively analysed.

Shortcomings in the Turf Club's testing facilities were revealed by the Racing Post last autumn, since when the regulator's head of anti-doping Dr Lynn Hillyer has indicated that a foreign laboratory is being used to analyse particular substances that were not previously detectable by the old regime.

The substance for which Anseanachai Cliste tested positive is unconfirmed at this stage, and it is possible that whatever it was had cleared his system by the time he ran at Downpatrick the following week.

"Both samples that we got analysed came back negative, so we have no concerns in that regard. We are satisfied there was no issue with the horse from our point of view, but we will be liaising with the BHA when the time comes. If there is any fallout out we will take appropriate action at that stage."

FIRST PUBLISHED 7:49PM, JUL 3 2017
We are satisfied there was no issue with the horse from our point of view, but we will be liaising with the BHA when the time comes