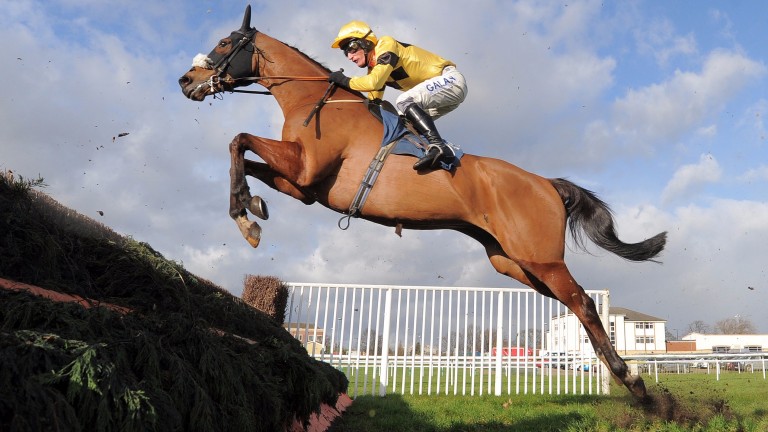 Colin Tizzard believes his new recruit Fox Norton is the "one they've all got to beat" after a highly impressive 11-length win over course and distance at last month's Showcase meeting.

On bare form Henry de Bromhead, who lost a number of horses in the Potts silks to Tizzard this season, might be justified in thinking his front-running Special Tiara is worthy of favourite's status –especially in receipt of 4lb from Fox Norton. The Champion Chase third, who was beaten just three and a half lengths by Sprinter Sacre and Un De Sceaux that day, fares best on Racing Post Ratings.

Then there is Simonsig. On wondrous talent alone the 2012 Neptune and 2013 Arkle winner could head the pack. Like last year's winner Sprinter Sacre he has had a considerable amount of time off the track and has made a solid but not spectacular return to racing. He gets in off bottom weight and is trained by Nicky Henderson. This was Sprinter Sacre's rebirth. Could history repeat?

Just three of the seven winners were sent off favourite, but just one winner has returned an SP greater than 4-1.

Just Gauvain (2011) and Uxizandre (2014) have defied a penalty to win this, with five of the seven victories going to horses racing off the bottom weight of 11st. Just Cameron, Module, Simonsig and Special Tiara are the four to carry 11st this year.

Since this race was introduced in 2009 just two of the seven winners have had a prep run. Fox Norton and Simply Ned are the only horses with a recent run under their belt, with racecourse absences of 170 days (Savello) to 687 (Module) covering the remaining runners.

Kerry Lee, trainer of Top Gamble
He has to start somewhere but it's a big ask to give weight away all round to such a classy field. He's in very good form at home and I'm as hopeful as I dare be.

Dan Skelton, trainer of Savello
He's had a wind op over the summer and I think he'll run well. Obviously it's a deep race but he'll love the ground.

Colin Tizzard, trainer of Fox Norton
He came to us looking a picture and is as fit as a flea. We jumped him on Thursday and he's just a beautiful horse. He won by 11 lengths at Cheltenham last time and was third in an Arkle so he has form at the course and he's the one they've all got to beat. Hopefully we can go for all the top two-mile races with him this season.

Micky Hammond, trainer of Just Cameron
We're happy with him at home and any rain would be in his favour. It's a competitive race but it's a good starting point. He'll go for the Castleford Chase at Wetherby next.

Nicky Henderson, trainer of Simonsig
Touch wood we've had a clean run with him and everything has gone smoothly since he came in, which is a rarity with him. He's bound to improve for the run but he's ready to start. It's one jump at a time with him.

Henry de Bromhead, trainer of Special Tiara
This has been the plan for ages. We were always going to start off here and he's in absolutely super form. He loves Cheltenham and has some terrific runs to his name around there so I'm hoping for the best.

FIRST PUBLISHED 2:01PM, NOV 13 2016
This has been the plan for ages. We were always going to start off here and he's in absolutely super form