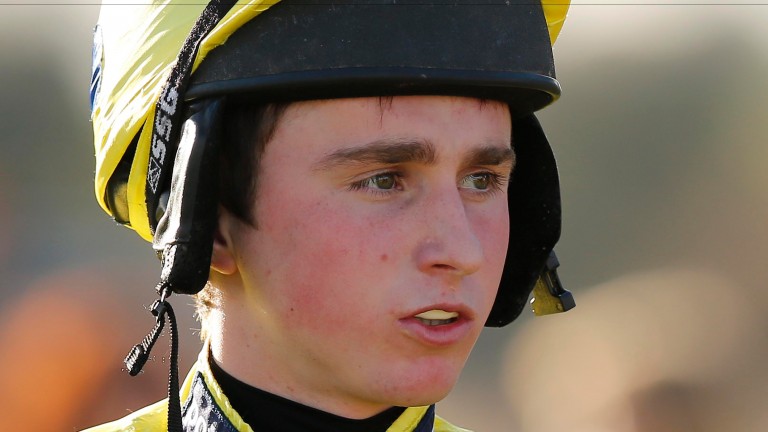 Willie Mullins might have swerved the meeting, but Tony Martin sends over Anibale Fly from Ireland as favourite in the absence of the redirected Thistlecrack.

Whoever wins this Grade 1 has plenty to live up to as subsequent Cheltenham Gold Cup winners Long Run and Coneygree are among the last six victors.

Paul Nicholls won the race when it was known as the Feltham with Breedsbreeze in 2008, and Kauto Star's trainer has two bites of the cherry with Present Man and Frodon.

Frodon bids to emulate Long Run, who was the last four-year-old to win this in receipt of the 7lb allowance. Both came from the French scene, although Long Run was already a multiple Grade 1 winner there.

Johnny Farrelly, whose Amore Alato will be hoping to add his name to the recent list of smaller – numerical-wise – trainers to have won the race following successes for Nick Williams, Mark Bradstock and Martin Keighley.

Jack Sherwood has won two Grade 2 chases, including one on Present Man, this season and has starred in front of the Channel 4 cameras with another big Saturday win on Rocky Creek.

Only two winners have gone off longer than 100-30 in the last ten years, with four favourites obliging.

Dual winner on Coral's side

Tom Scudamore, who rides the Coral Champion Club's first Grade 1 runner, Churchtown Champ, is the only jockey looking to add to previous wins in the race, as he won the prize with Grands Crus and Dynaste in 2011 and 2012.

Johnny Farrelly, trainer of Amore Alato
He seems really well and was on the beach on Friday. I hope his Grade 1 experience in the Ascot Chase last season against experienced horses stands him in good stead, and I'm delighted the champion jockey can ride him again, which is a big plus.

Tony Martin, trainer of Anibale Fly
I think he's entitled to run well – we wouldn't be travelling if we didn't think so. I always thought he had plenty of ability and he's always been a chaser in my eyes. The Leopardstown race would have been as strong, if not stronger, so we said we'd have a crack at Kempton. I think he should stay and if he does hopefully he'll go close.

Nicky Henderson, trainer of Caracci Apache and Might Bite
Caracci Apache was a Grade 2 winner over hurdles who stays three miles and likes good ground. Might Bite has looked good and was excellent at Doncaster, jumping very well. He cruises along at a good pace and his jumping got slicker and slicker.

Dan Skelton, trainer of Churchtown Champ and Virgilio
Frodon aside, Churchtown Champ has as good a chance as any in such an open race. I thought he'd win last time at Southwell but I didn't think he'd win like he did. The form has worked out well too so he has to have an each-way chance. Virgilio wants three miles now. He ran really well last time out against Clan Des Obeaux, where he was clearly crying out for a longer trip as he was just staying on throughout the race. He seems in good form and is going well at home.

Sean Bowen, rider of Minella Daddy
He stays all day and is a brilliant jumper, and hopefully that will stand him in good stead round Kempton. He had a hard race at Ascot last time but is the type of horse that always comes out of his races well.

Paul Nicholls, trainer of Present Man and Frodon
Present Man was always going for this after his Grade 2 win. He gave so much ground away jumping right at Doncaster – the track will suit, and he loves good ground. This is a bit of an afterthought with Frodon but he has come out of Cheltenham so well – his schooling was electric before Christmas. It's his first time over the trip but he got two miles five at Fontwell and Cheltenham well. I wouldn't be running run him if the ground was soft, but good ground would be perfect.

Colin Tizzard, trainer of Royal Vacation
I thought the race might cut up to four or five runners. On his rating he has it all to find but I think a three-mile race run at a furious gallop will suit him down to the ground.

FIRST PUBLISHED 6:00PM, DEC 25 2016
The Leopardstown race would have been as strong, if not stronger, so we said we'd have a crack at Kempton. I think he should stay and if he does hopefully he'll go close