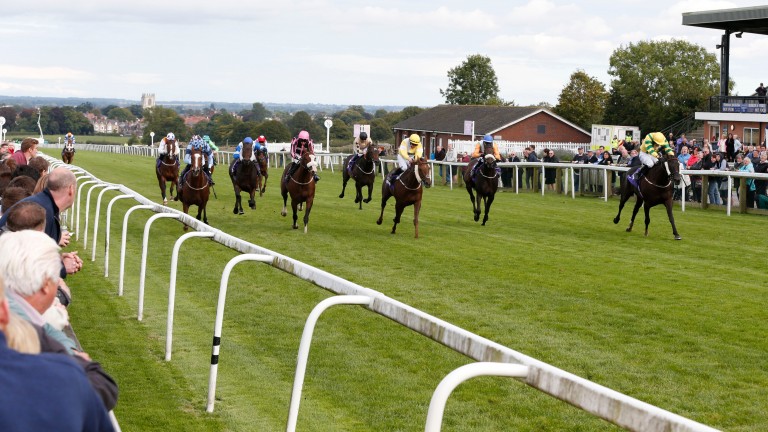 At Beverley on Saturday it's an afternoon for the two-year-olds to shine, courtesy of the Brian Yeardley Two Year Old Trophy for the boys, and the Hilary Needler for the girls. Here are four runners who could make an impact

Mark Johnston won the Brian Yeardley last year with Cardsharp, and he looks to have a good chance of following up with Victory Command.

The colt has been progressing from run to run, winning his second start at Doncaster. Last time out he was second in a trappy conditions race at Pontefract over six furlongs.

He handled the stiff finish fine, so Beverley'sconfigurationshould not prove a problem, and neither should coming back to five furlongs, as his Doncaster win was achieved at that trip.

A tilt at the Windsor Castle was mentioned following Life Of Riley's win at Ripon last time out, and he looks open to further progress.

He improved plenty from his debut fifth at Hamilton when accounting for Rockin Roy (who was entered in this race) at Ripon, and was well on top at the line. If coming forward again from that win then he could take a hand in the finish.

After winning at Chester's May meeting, this filly found life a bit tougher when fifth in Sandown's Listed National Stakes. That was still a commendable effort, and now back against her own sex, she could play a leading role for Richard Hannon.

The colours of the Cool Silk Partnership have enjoyed success in both races in recent years, winning the Hilary Needler twice since 2012, including last year with Chica La Habana, while Prince Of Lir won the Brian Yeardley in 2016.

The owners have two chances for this year's race, and I think there could be a lot more to come from Alicia Darcy. There was money around for her on her debut at Nottingham, but she was hampered early on which put her on the back foot.

That experience looked to be needed, but she did stay on under hands and heels and a big step forward would not surprise.

FIRST PUBLISHED 12:23PM, JUN 7 2018
There was money around for her on her debut at Nottingham, but she was hampered early on which put her on the back foot