Friday Action BEST OF THE REST

Four things to look out for on a fine HQ undercard 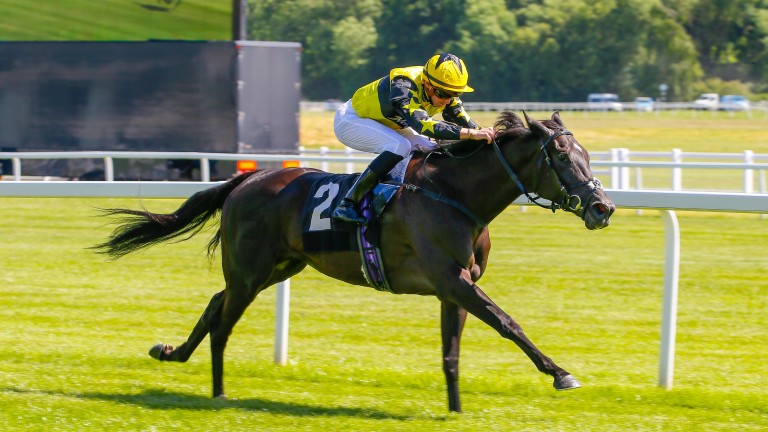 If John Gosden could win one 1m4f race with a filly this weekend it is a given that he would choose the Qatar Prix de l'Arc de Triomphe with Enable.

But the top Newmarket trainer would certainly not object to capturing the Group 3 Princess Royal Nayef Stakes (2.25) at Newmarket with To Eternity or Elas Ruby.

To Eternity won a Listed race on her penultimate start at Newmarket's July course but was below par in the Geoffrey Freer last time, while Elas Ruby has also won at Listed level this term and has made the frame on her last two starts in Group company.

Gosden, who has won three of the last five runnings of the race, said: "To Eternity won very well on the soft on her return on the July course but may well have gone a stride too quick in the Geoffrey Freer last time. She's back against the fillies and is in good form.

"Elas Ruby has had a busy year, during which she has won at Listed level and been placed in a Group 2, and is sure to run her usual race."

The Listed Muhaarar British EBF Rosemary Stakes (1.50) might not seem the obvious headline-hogger, but second-season trainer Robyn Brisland hopes it will be a defining race for him and his representative Aquamarina.

Off since winning at Newcastle on the Wednesday of the Cheltenham Festival, Aquamarina would be providing the trainer with the biggest win of his career should she defy her layoff and likely long odds.

"She won a Newcastle maiden quite impressively and was pencilled in to go for one of the Classic trials, but unfortunately all of my horses were sick at the time and she's just taken time to get over the virus," said Brisland.

"She's fully back to her normal self now and was always a big, rangy three-year-old who was always going to improve with time, so hopefully it hasn't affected her. The owners are great supporters of the game so it'd be lovely if I could get some black type for her."

Owned by the Franconson Partners, Aquamarina has an official rating of 77, but the Newmarket-based Brisland added: "She's been working better than that. I might be blowing the handicap mark, but she warrants going into a race like this the way she's working. We might be totally out of our depth but we thought a lot of her in the spring."

Connecticut in a good state

Connecticut also has an absence to overcome in the Mukhadram Godolphin Stakes (4.45), another Listed contest on Newmarket's card.

He was last seen winning a Turkish Group 2 for Luca Cumani more than two years ago, but is reported in decent nick for his return, according to new trainer Roger Varian.

"He's been off the track for a long time and I'm sure he'll improve for the run, but he's ready to make a start and his homework has been good," said Varian. "The form book tells you he's a high-quality animal and this is a good place to start him off."

The Shadwell Farm Handicap (5.20) – the consolation race for Saturday's Betfred Cambridgeshire – closes Newmarket's card and it is hard to escape the enthusiasm Charlie Fellowes has for Chiefofchiefs.

A three-time winner this year, he has claims under Stevie Donohoe,  Fellowes reckons. "A big field really suits this horse and he needs a strong pace to produce his best, which he should get with any luck," the trainer wrote in his Racing & Football Outlook column.

"You can put a line through his last three runs because nothing's gone for him recently and I can see him returning to winning ways if everything drops right for him. At the very least I'm expecting a big performance."

Fellowes also runs Fire Tree, but is not convinced Newmarket's Rowley Mile will suit him.

FIRST PUBLISHED 6:00PM, SEP 28 2017
I am sure he will improve for the run, but he is ready to make a start and his homework has been good