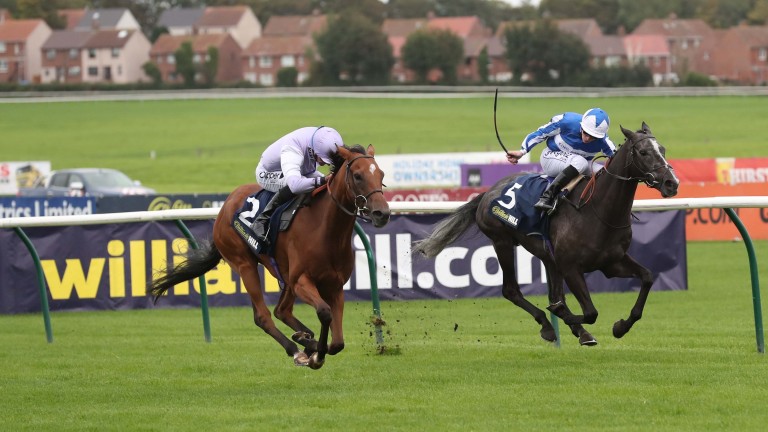 The going at Newbury has changed to soft after heavy rain on Friday night, and these four runners will relish the conditions.

It has not been plain-sailing for Dolphin Vista this season. The six-year-old has finished down the field for trainer Ralph Beckett in a Saint-Cloud Group 3 and the Wolferton Stakes at Royal Ascot.

However, his two best runs last year came on soft ground, including when landing the Listed Doonside Cup at Ayr, where he beat Morando by half a length under Danny Tudhope.

With five wins in 14 starts, The Grand Visir has low mileage for a five-year-old and arrives after a career-best performance when winning the 2m4f Ascot Stakes on good to soft last month, although the going was changed to soft after the race.

The Marsh Cup will be a test of stamina on soft ground and The Grand Visir, dropping back to 2m½f and performing better than ever, should be a major player at Newbury.

Rain is a major plus for Donjuan Triumphant, who won the Listed Wentworth Stakes at Doncaster on soft ground last November.

The six-year-old has to be respected after performing close to his best at Hamilton last time, when he was narrowly beaten by Group performer Brando on soft.

One of six in the field with the benefit of racecourse experience, Owney Madden has shown some ability in two outings last month.

The two-year-old, who will be partnered by Jason Watson, finished fourth on his debut over this distance at Newbury and the form has worked out well, with the winner Guildsman finishing third in the Coventry at Royal Ascot on his next start.

FIRST PUBLISHED 10:45AM, JUL 20 2019
His two best runs last year came on soft ground, including when landing the Listed Doonside Cup at Ayr

'I expect him to run well' - punting clues for a competitive Chelmsford sprint Happy Romance continues as star filly shines for enthusiastic owners Don't mention the score! Hannon closes on dad's Super Sprint tally with Gubbass The Queen is the owner to follow after Friday treble and fabulous fortnight Clive Cox contemplating Glorious Goodwood bid after Caturra comes good Graeme Rodway on how the market can inform punters in Super Sprint