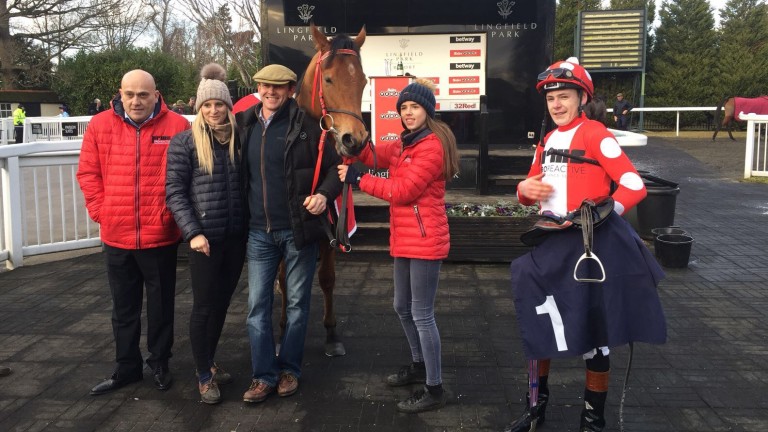 Spare Parts continued his remarkable run with a fourth win of 2018 in a division of the apprentice handicap at Lingfield on Wednesday - and he is set to bid for win number five at Chelmsford on Thursday.

The four-year-old, owned by trainer Phil McEntee's biggest supporter Steve Jakes, defied a double penalty of 12lb under a weight seldom even contemplated on the Flat, easily justifying 6-4 favouritism under Cameron Noble.

McEntee said: "He's carried 10st 11lb and everything that could go wrong has gone wrong. He was carried wide but Cam said he gave him only two flicks and he was away.

"Tomorrow we've got no penalty back over six furlongs at Chelmsford and Nicola [Currie] can claim 5lb, so we'll be 5lb better off than he was today, and then he's in again Saturday in another 0-55.

He added: "It's an absolute joy to be part of this horse. He's won at four different tracks and three different trips in two weeks. It takes a tough horse to do that."

Spare Parts started his winning run at Wolverhampton on January 3 on his second start for McEntee after being bought out of Charlie Hills's stable for 2,000gns at the end of October. Racing off a 19lb higher mark here, he won going away, by a length and a half from Sonnet Rose. McEntee revealed that Hills has since 'liked' his tweets.

He was already due to be raised to 69 at the weekend and McEntee anticipates he will be in the mid-70s after this win is assessed. However, there is still no telling how good he might be.

FIRST PUBLISHED 3:37PM, JAN 17 2018
It's an absolute joy to be part of this horse. He has won at four different tracks and three different trips in two weeks