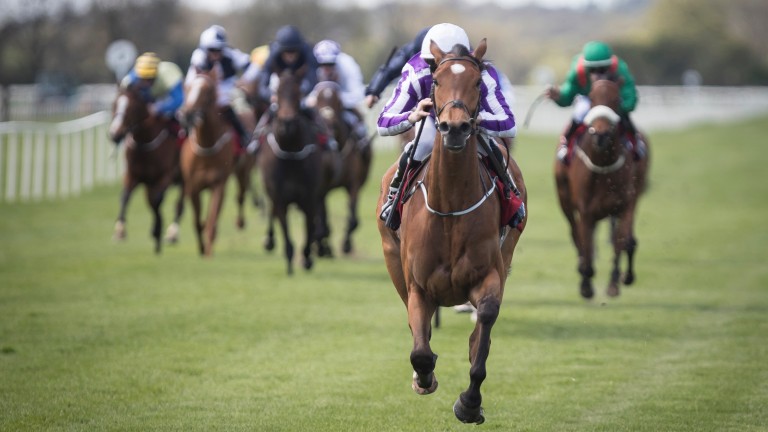 Can Flattering take advantage of drop in class?

Flattering, fifth to stablemate Forever Together in the Oaks at Epsom, returns to the scene of last month's easy maiden win on testing ground and is one of three runners bidding to give Aidan O'Brien his fifth win in the event.

The trainer said: "Flattering came out of Epsom well and is in good form, but any rain would be welcome as she has shown she handles easy conditions."

Seamie Heffernan, who won the Munster Oaks on Words in 2015, is in the saddle.

Sizzling and Easter Lily, who complete the Ballydoyle challenge, ran third and fourth in the Listed Silver Stakes at the Curragh last week.

"They both ran well and we're hoping they can come forward," added O'Brien.

Can Jaega give Weld a fourth win?

An impressive maiden winner on her debut at Leopardstown in April, Jaega tackles Group 3 company for the second time having finished runner-up in the Blue Wind Stakes at the Curragh last month.

Both those runs were over 1m2f on testing ground and Dermot Weld, who enjoyed the most recent of his three successes in the race with Sapphire in 2012, is hoping the going might ease from the forecast good to firm.

The track has been watered and Weld said: "Jaega's a very nice filly but she would appreciate any rain."

Leigh Roche's mount, a daughter of Fastnet Rock and a Galileo mare, will be racing over a mile and a half for the first time.

Will hat-trick-seeking Bloomfield cope with conditions?

The Willie McCreery-trained Bloomfield is two from two this season and won the Noblesse Stakes over course and distance in April before landing another Listed event, the Vintage Tipple Stakes, over a longer trip at Gowran Park last month.

Those wins were achieved on testing ground and the four-year-old daughter of Teofilo has never previously encountered fast conditions.

McCreery said: "Bloomfield has shown she handles the track and trip and is in good shape, but any rain to keep the ground nice would be a help."

Glamorous Approach, who represents Jim Bolger, was third in this event a year ago and has finished second to Bloomfield on her two starts this season.

Naughty Or Nice, a Listed winner over a slightly longer trip at Navan last season, makes her second appearance of the year having finished fourth behind Bloomfield and Glamorous Approach in the Vintage Tipple.

FIRST PUBLISHED 6:00PM, JUN 16 2018
Jaega is a very nice filly but she would appreciate any rain that might fall