Under the radar: four horses who ran on Saturday worth following 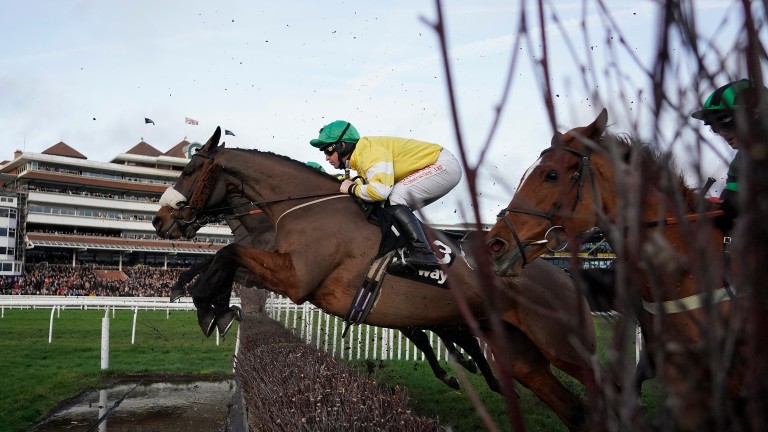 Two potential Randox Health Grand National candidates were unearthed on Saturday in Impulsive Star and Glen Rocco, while Ok Corral became a solid favourite for the National Hunt Chase. Here we look at some others who could be worth keeping an eye on

Olly Murphy is still in the infancy of his training career, but he has already proved adept at placing his string, and he certainly doesn't run his horses in better races for the sake of it. The quiet confidence he displayed before Finawn Bawn's run in the Grade 2 at Warwick was notable, and although the race fell apart slightly, the son of Robin Des Champs stayed on strongly despite being the first horse to come under pressure. A step up to three miles looks on the cards for this embryonic chaser and, while he may not be Albert Bartlett class quite yet, it would be a surprise if he couldn't pick up one of the trials or something similar.

He may be an 11-year-old, but there are still races to be won with Carole's Destrier based on his run in the Classic Chase. Like his stablemate The Young Master, the Mandarin Chase winner is on a resurgence. After racing prominently, Robbie Dunne's mount was momentarily outpaced but came into the race travelling strongly just behind the leaders. His passage was blocked on the rail though, forcing him to lose valuable momentum by switching out wider. His chance was soon gone after that, but it is possible this sort of trip stretches him anyway and a return to an extended three miles is likely to see him at his best again in the near future.

Sent off the 7-2 favourite following sustained midweek support, Kloud Gate gave his backers cause for concern at the very first hurdle where Gary Moore's youngster made a significant mistake. He was on the back foot from there on but he rallied in eyecatching style towards the end of the back straight and came with a strong challenge turning for home, despite being denied a clear run on the inside. Soon his early exertions told and eventually he finished lame, but his trainer is a master at winning handicap hurdles and he looks to have a major chance of taking another with Kloud Gate, assuming he can be restored to full fitness.

Joseph O'Brien trains the JCB Triumph Hurdle favourite in Leopardstown winner Sir Erec, but he has another smart JP McManus juvenile in Gardens Of Babylon. Gardens Of Babylon just came off second-best in another battle with Surin, who he beat at Leopardstown on the final day of 2018. The same result looked likely coming to two out as the son of Camelot – also the sire of Sir Erec – looked to be motoring, but an untidy leap at the final flight did him no favours and he was denied right on the line. The pair pulled clear of the Willie Mullins-trained La Sorelita, who was sent off favourite, and Gardens Of Babylon will surely be produced to win a big pot this season.

FIRST PUBLISHED 12:23PM, JAN 13 2019
A step up to three miles looks on the cards for this embryonic chaser