Found and Reel out to prove O'Brien aces 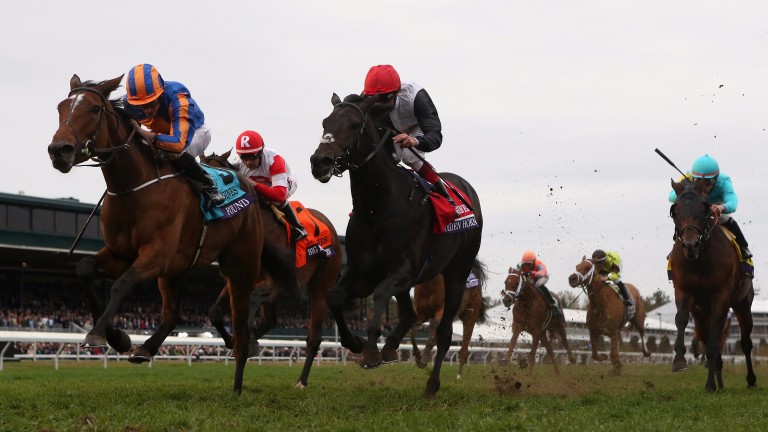 Teak-tough filly Found has the tenth race of her 2016 campaign and bids to record back-to-back wins in the Breeders' Cup Turf following last year's stunning victory over Golden Horn at Keeneland.

Since then she has won just twice, placing second in five consecutive Group 1s in the summer and filling that berth again in the Champion Stakes at Ascot on her last start.

But she saved her best performance since this time last year for the biggest stage of all: landing the Arc at Chantilly at the head of an Aidan O'Brien-trained one-two-three.

"I'd say she's definitely every bit as good as she has been – you could say she could be better," said O'Brien.

"She's been very well since Ascot. It wasn't a tough race as there wasn't a lot of pace and it was only really a sprint up the straight. It wasn't a gruelling mile and a quarter by any means. She's a hardy lady and seems in good form."

Connections had been leaning towards running Found in the Breeders' Cup Classic before a late change of heart led by Coolmore partner John Magnier.

"He didn't want to risk her on the dirt, she's irreplaceable," said O'Brien. "She's probably the most genuine mare I've ever seen; if you saw her in the Arc she put every sinew into going forward. Watching her in slow-motion is the most amazing thing you ever saw, she gives it very freely, it's very unusual."

Found is joined by King George winner Highland Reel, making his first start since finishing second behind his stablemate in the Arc.

"We've very happy with Highland Reel and we've had our eye on this race for him since the Arc," said O'Brien. "This was the race we thought was really going to suit him. Him being in the race will suit Found as well."

Cons That nagging habit of finishing second, and every rival has had longer break since their last race