Fortunes riding on battle for the White House - is Trump the punters' pal? 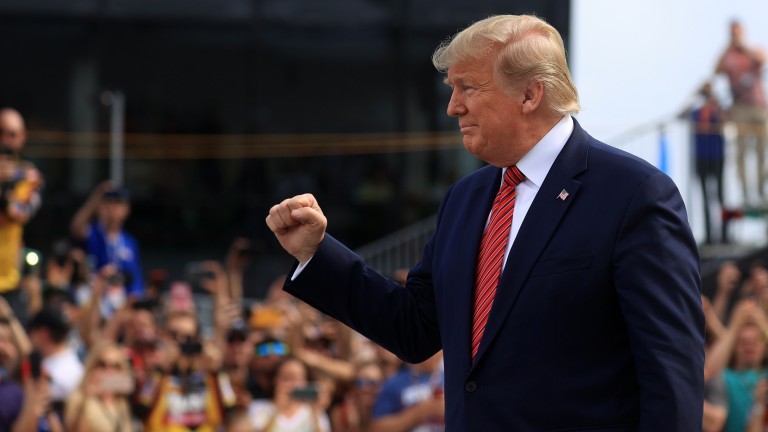 Money has come for Donald Trump to secure a second term in the White House
Chris Graythen
1 of 1
By David Carr 8:59AM, NOV 4 2020

There could be £500 million at stake on Betfair by the time the winner is finally due to be declared in the battle for the US presidency early on Wednesday.

It may be the week of the Melbourne Cup and the Breeders' Cup but it is the race between Donald Trump and Joe Biden that has broken all records at the betting exchange.

"It's by far Betfair's biggest market and I can never see it being topped," spokesman Barry Orr said early on Tuesday afternoon. "It could hit £500 million before the market closes.

"The previous election in 2016 had set the record and there's such a lead in to it, it's a four-year market. Having said that, 42 per cent of the matched volume was in the last two days in 2016 and we're seeing something almost similar this around time.

"We had £11 million in the space of a couple of hours this morning, and it could run and run."

The latest market move was for the incumbent Trump to repeat his 2016 victory over Hillary Clinton, in a market which has drawn money from a wide range of punters.

"There are all sorts of people operating in this market," Orr said. "There are general punters who have an opinion, politicos and some City people, or those on Wall Street who get involved with hedging positions they could have on currency. It's a broad church of people.

"This time a lot of people thought that the Democrats would beat Trump, whoever they put up – last time it seemed to be an instance of anyone but Hillary. But Trump has made a significant comeback in the last 24 hours, he was 2-1 this time on Monday and he's 6-4 now."

There have been suggestions that the outcome of the election could be disputed or referred to the Supreme Court, as happened when George W Bush narrowly defeated Al Gore in 2000.

But Orr said: "The market will be settled according to the candidate who has the most projected electoral college votes won. Any subsequent events will have no effect on the settlement, that's very clear in the rules."

Matthew Engel on the US election: analysis, betting predictions and free tips

FIRST PUBLISHED 4:55PM, NOV 3 2020
It's by far Betfair's biggest market and I can never see it being topped