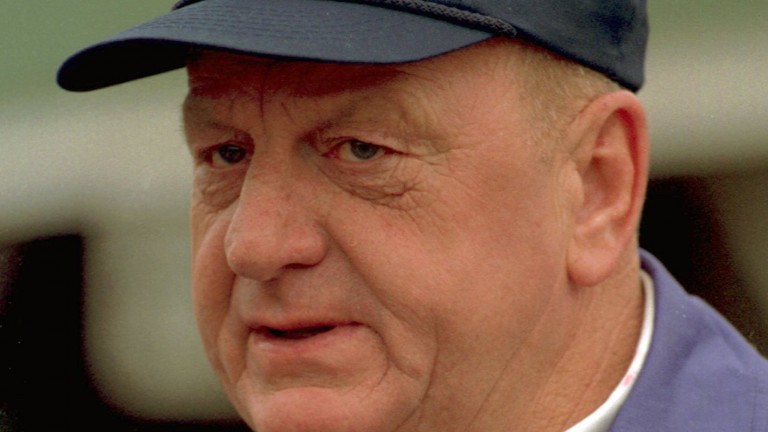 Veteran US trainer Jack Van Berg, who stands fourth on the all-time North American list with more than 6,500 winners to his name, died on Wednesday morning in hospital in Little Rock, Arkansas, where he had been in hospital battling cancer. He was 81.

Best known for Kentucky Derby winner Alysheba, the 1988 Horse of the Year after winning a thrilling Breeders' Cup Classic as a four-year-old, Van Berg was regarded as one of the doyens of the American training community, perhaps the product of a bygone era but still regarded as a 'horseman's horseman'.

Nine times leading American trainer in races won, he established a world record for most victories in a season with 496 in 1976, a record that stood until 2004, when it was surpassed by Steve Asmussen with 555.

According to Equibase statistics, Van Berg sent out a total of 6,523 winners; the late Dale Baird holds the all-time record with 9,445 victories.

As well as his multitude of winners, Van Berg is renowned as a 'trainer of trainers', with Cigar's trainer Bill Mott among those to have acted as his assistant.

Born in June 1936 in Nebraska, John Charles Van Berg, known to all and sundry as 'Jack', was the son of another Hall of Fame trainer in Marion Van Berg.

Jack got his first trainer's licence in 1951 when he was just 15; it was the beginning of a 66-year career that would see him inducted to the Hall of Fame in 1985, the year after he had won the Eclipse Award as Outstanding Trainer.

Van Berg achieved many notable 'firsts': he was the first US trainer to establish multiple divisions of his operation dotted around the country, a pattern followed by the likes of D Wayne Lukas and Asmussen. He was also the first trainer in racing history to reach the 5,000-winner mark when Art's Chandelle won at Arlington Park in July 1987.

Operating mainly in low-level claimers during his early career, Van Berg was leading trainer at the now defunct Ak-Sar-Ben racetrack in Omaha for 19 straight seasons between 1959 and 1977.

But although he was at his most prolific in the 1970s, in the following decade he showed he could also mix it at the top level when he saddled Gate Dancer to win the Preakness Stakes in 1984, three years before Alysheba won the first two legs of the Triple Crown in 1987 nder Chris McCarron. His bid to complete the Classic sweep was derailed when he could finish only fourth to Bet Twice in the Belmont Stakes, a race mired in controversy as Alysheba had to run without the anti-bleeding medication Lasix was outlawed in New York at the time.

Dubbed 'America's Horse', Alysheba was touched off by the previous year's Kentucky Derby winner Ferdinand in an epic clash for the Breeders' Cup Classic. He went on to win six Garde 1s as a four-year-old, when his career climaxed back at the Breeders' Cup at Churchill Downs, where he beat Seeking The Gold by a half-length. He was No. 42 in the Blood-Horse's list of Top 100 US Racehorses of the 20th Century.

Van Berg was never again to reach the same heights, and soon after the Alysheba era he faced financial ruin owing to disastrous investments in real estate. “I got screwed, as plain as day,” he once said. “I lost a couple million in lawyer fees alone. I was left with nothing.”

For the last couple of decades he had been operating as a much reduced capacity, his nadir coming in 2013 when he saddled just one winner from 121 starters.

Things picked up a little after he returned to his native midwest, however, operating mainly at Oaklawn in Hot Springs, Arkansas and on the Kentucky circuit. Despite his having been hospitalised for throat cancer earlier this year, his 2017 stats show a respectable 42 winners from 269 starters.

FIRST PUBLISHED 6:07PM, DEC 27 2017
Nine times leading American trainer in races won, he established a world record for most victories in a season with 496 in 1976