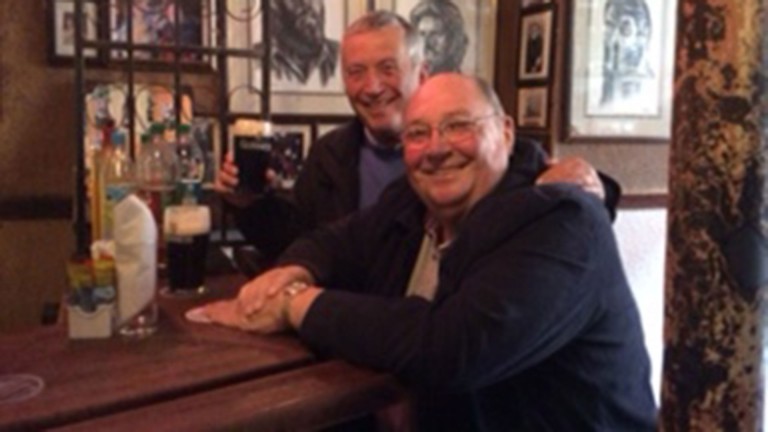 Martin Densham, who as managing director of Sunderlands bookmakers initiated the Imperial Cup bonus, has died. He was 66.

Densham, who was renowned for his generosity, paid out the £50,000 bonus, awarded if the winner of the Imperial Cup won a race at the following week's Cheltenham Festival, three times during Sunderlands 15 year sponsorship of the Sandown handicap hurdle, each time to the stable of Martin and David Pipe.

Born in 1950, Densham was educated at Millfield, where he excelled as a high jumper. He briefly worked in the wine trade before joining Sunderlands, the family business that  was founded by his father Pat in 1946.

In 1982 Sunderlands acquired London's oldest bookmaker T Guntrip and Martin Densham took over as managing director in 1990, building the firm into one of the largest credit betting businesses in Britain. In 1998 he acquired the Laurie Wallis credit business, adding Habbershaws in 2005. He also sat on the Tattersalls Committee.

When he was diagnosed with leukaemia Fitzdares took over Sunderlands off-course business and at the same time Densham and Simon Wallis, grandson of Laurie Wallis, joined forces with John and Russell White to create White Sunderland, which is now one of the largest on-course operators in Britain.

Wallis said: "The phrase 'larger than life' could have been invented for Martin. He was loved by everyone who met him. You felt his warmth and bonhomie whenever you were in his company and his tremendous laugh would light up any room.

"Martin was incredibly generous both on and off the racecourse. As one friend and client put it, 'We didn’t mind losing a few quid to Martin because we knew we’d get it back in great wine, food and big fat cigars'."

Densham was also a long-standing member of The Guild of XIX Lubricators, devoting a lot of his time and money to charitable causes, including the Anthony Nolan Trust and the Royal Marsden Hospital.

Wallis added: "Racing has lost a true friend and one of the last old-fashioned bookmakers."

There will be a tribute to Densham in the racecard for Sandown's meeting on Sunday.

Clerk of the course Andrew Cooper said: "Martin was a huge supporter of Sandown Park as a rails bookmaker, sponsor and boxholder."

Densham is survived by his wife Jan, sister Penny and father Pat. There will be a private cremation then a memorial service in the New Year at a date to be announced.

FIRST PUBLISHED 7:00PM, NOV 9 2017
The phrase 'larger than life' could have been invented for Martin. He was loved by everyone who met him