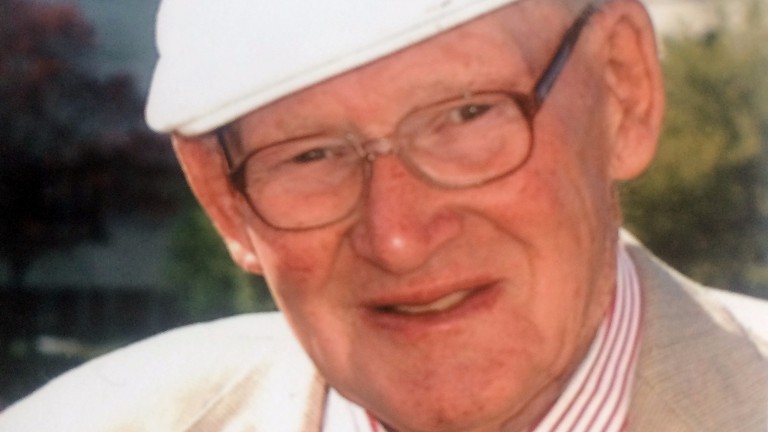 Jack Sweetman, a lifelong racing enthusiast, teacher and sportsman and father of Racing Post journalist Alan Sweetman, has died. He was 93 and had been seriously ill for a couple of weeks. He died peacefully in St Michael's Hospital, Dun Laoghaire, County Dublin on Monday.

A teacher and games master at Headfort School in Kells, County Meath, from its opening in 1949 until his retirement in the early 1990s, Sweetman taught many who went on to successful careers in the racing and bloodstock world including Charlie Swan, Arthur Moore, Jim Dreaper, Neville Callaghan, James Fanshawe, Alan and Patrick Cooper, Edmond Mahony, chairman of Tattersalls, and RTE's racing presenter Robert Hall.

Paying tribute to Sweetman, Swan said: "Jack was a lovely man. He taught me and also coached me in rugby and cricket. He always took a keen interest in my career and I used to love meeting him at the races. He was a thorough gentleman."

Dreaper said: "In those dim and distant days before mobile phones and colour TV, Jack was our link with the racing world. The headmaster at the time didn't have a high opinion of racing but Jack kept those of us from racing families informed about what was going on in the racing world.

"He used to smuggle in a copy of the Irish Field for us to read and he often got us in to watch some of the big races on a grainy black-and-white television.

"He was a proper gentleman and he made my time at boarding school much more enjoyable by his interest in racing and his ability and enthusiasm as a coach of cricket and rugby."

Fellow trainer Moore also paid tribute, saying: "Jack was mad about all sports, especially racing, rugby and cricket. He was always proud of the achievements of his former pupils. I always enjoyed meeting him at race meetings. He always had a twinkle in his eye and knew his form. He was a lovely man."

Born in Dublin, Sweetman was educated at Old Wesley and Trinity College. He played rugby for Old Wesley and represented Leinster at provincial level. He played cricket at senior level and during his time in England he played football at amateur level for Swindon Town. He is survived by his wife, Edith, and their son, Alan.

The funeral service will take place at 2.30pm on Friday in St Columba's Church of Ireland, Kells, County Meath, with burial afterwards in the adjoining churchyard. The family request no flowers but that donations, if desired, should be made to the Irish Injured Jockeys Fund.