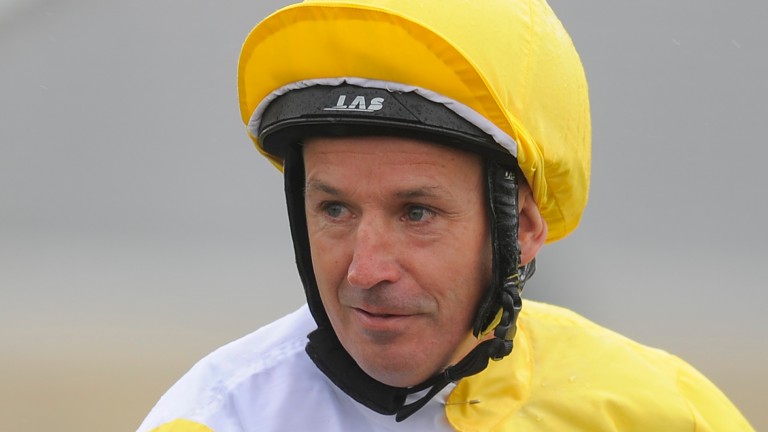 Mackay, 57, has suffered serious and life-changing injuries in the fall, the full extent of which are yet to be confirmed.

His son, jockey Nicky Mackay, himself recovering from breaking his leg in a fall at Chelmsford on March 16, said on Friday: "He's not in a good way. We are waiting for him to regain consciousness before we fully know how bad it is."

A popular figure, Mackay retired from the saddle in 2006 but was still active as a work-rider, and Nicky Mackay added: "The support we've had has been unbelievable. The phone hasn't stopped ringing 24/7. I can go anywhere in the country and people say, 'I know your dad'."

A justgiving page has been set up in anticipation of assisting Mackay during what will be a long and challenging rehabilitation, and it had raised nearly £5,000 by Friday evening.

Donations can be made at: http://uk.virginmoneygiving.com/fundraiser-web/fundraiser/displaySomeoneSpecialPage.action?pageUrl=AllanGypsyMackay