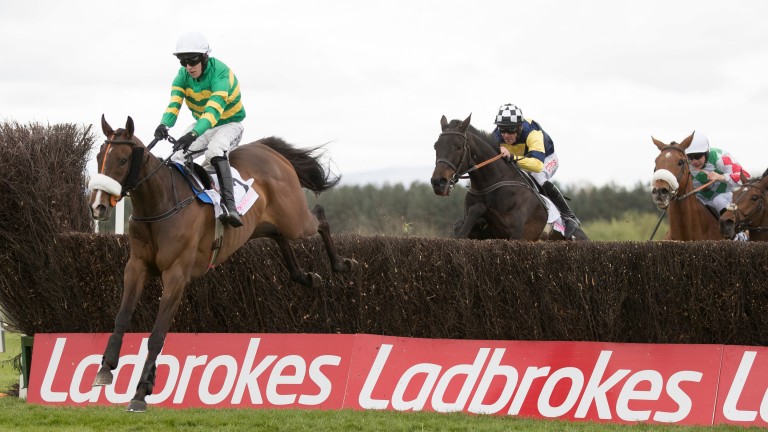 Don't Touch It takes the final fence on his way to winning the Nick Coen Memorial Chase
Patrick McCann
1 of 1
By David Jennings UPDATED 10:51AM, AUG 29 2017

Ballinrobe has broadened its appeal to trainers in the last couple of years and the popular Mayo track welcomes a Grade 1 winner on this evening in Don't Touch It.

The son of Scorpion enjoyed his finest hour at the 2016 Punchestown festival when he got the better of Petit Mouchoir, Brain Power and Yorkhill in the Herald Champion Novice Hurdle.

Punchestown was also the scene of his best performance over fences as he landed a lucrative handicap chase in April under Mark Walsh, who is back on board for the first time since.

Don't Touch It arrives on a retrieval mission, however, as he blotted his copybook with a below-par effort at Galway, where he trailed in 32 lengths behind Rathvinden in a Grade 3.

Trainer Jessica Harrington is convinced Ballybrit was to blame for that defeat though, and she feels Ballinrobe will be more to his liking. She said: "Galway didn't go according to plan for Don't Touch It as neither the track nor trip suited him. 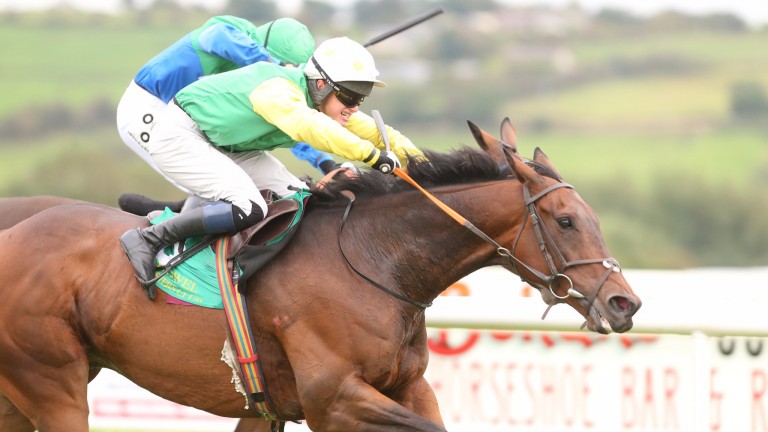 Ted Veale: third in this race last year
CAROLINE NORRIS
Don't Touch It's two main rivals, according to ratings at least, went head-to-head last time out at Sligo, with 2013 County Hurdle winner Ted Veale edging out The Game Changer by a length and a quarter.

It was a welcome return to form for The Game Changer as his form figures prior to that Sligo showdown read P0PPP0. The big question is whether he can confirm the promise of that run.

Pumbaa will be having his first start for Andy Slattery but the trainer has his work cut out as he has been pulled up on his last three starts.

"I've no idea what was wrong with him or why on earth he was pulled up so often but the one thing I can tell you is that he works really well at home," said Slattery.

"He's been with me for two months and I've been thrilled with him. He works like a nice horse and is as straight as I can have him."

Emcon, the sole mare in the line-up and receiving 7lb and more from her rivals, completes the line-up.