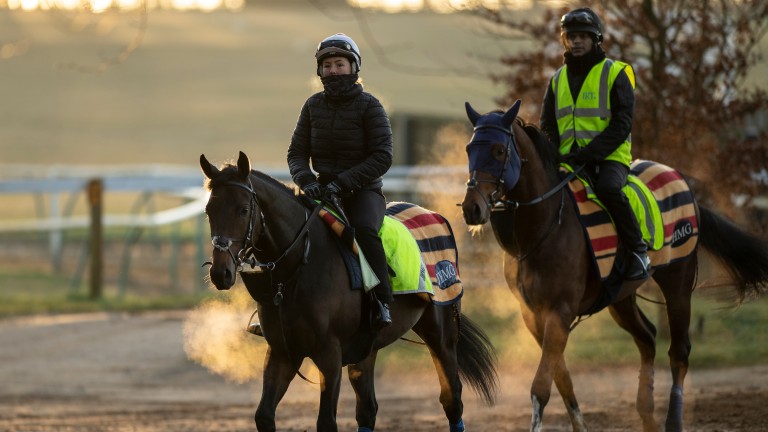 One-time Derby hope Dubai Warrior makes his belated return to the track in a mile novice contest at Kempton on Wednesday evening (6.00).

A brother to smart Group 3 winner Mootasadir, Dubai Warrior made his debut at Chelmsford in November over a mile and duly bolted up as the 6-5 favourite, effortlessly pulling four and a half lengths clear of Days Of Glory for Robert Havlin.

He had been touted as a genuine Derby prospect for John Gosden but suffered a setback in the spring. The colt is still entered in the Prix de l'Arc de Triomphe, such is the impression he made during his juvenile win, a race which has subsequently produced two winners.

Havlin, who rides Dubai Warrior again at Kempton, provided an upbeat bulletin and said of his mount, who must carry a penalty: "He’s good, he’s been working well at home and it’s nice to get him back on the track.

"We’re starting him over a mile but he looks like a proper mile-and-a-quarter horse. It’s a nice starting point for him to come back."

Briefly recalling his Chelmsford debut, Havlin added: "He was impressive. If you look at where several other top horses came from, their starting point was not too dissimilar.”