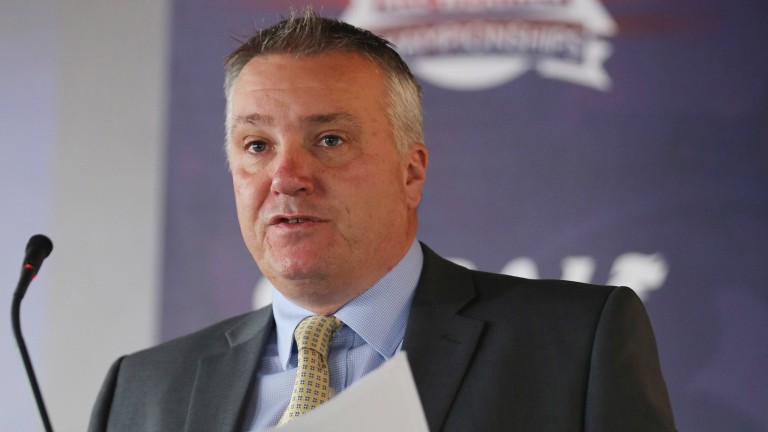 Former Arena Racing Company managing director Tony Kelly is heading home after two and a half years with the Hong Kong Jockey Club.

His resignation, for personal reasons, from his role as executive director for racing business and operations takes immediate effect, although he is not due to return to Britain until the end of next month.

Kelly joined the HKJC on August 1, 2015, with his top priority being to get the 150-hectare training centre at Conghua in mainland China back on schedule and ready for opening. The site, which incorporates three training tracks and an uphill gallop, will welcome its first batch of trainers this summer.

Speaking to the Racing Post on Monday on a brief visit to see family in Surrey, he said: “I’ve enjoyed my time at the Club and I’m particularly proud of the progress that’s been made on the Conghua project since I became involved in September 2015. I wish the team well for a successful opening in July.”

Confirming Kelly’s departure in a prepared statement, HKJC chief executive Winfried Engelbrecht-Bresges said: “Tony has supported me with dedicated management oversight in building the state-of-the-art Conghua training centre, as well as making significant progress in developing a major operational unit from scratch and integrating it with the Hong Kong operation seamlessly.”

Engelbrecht-Bresges also praised Kelly for other significant achievements in his role, which was created by splitting the previous executive director Bill Nader’s job into the racing business and operations division, and the racing authority division, which was taken on by Andrew Harding.

He said: “Tony has contributed to the achievement of our KPIs in world-class racing products by leading the division in enhancing the eminence of races and improving horse training facilities.”

Engelbrecht-Bresges referred specifically to the increase in local race meetings to 88, detailed planning to replace the ageing stable facilities at Sha Tin, and introducing a new format for the Hong Kong International Sale, as well as serving on the Asian Racing Federation Pattern Committee.

Kelly was also successful in negotiating the amalgamation of two major racing weekends into a single fixture, which will feature three Group 1 races, including the Audemars Piguet QEII Cup, at the end of April.

Engelbrecht-Bresges added: “As a member of the board of management, Tony has fully embraced and promoted the Club’s unique integrated business model to our stakeholders, and contributed to the increase of community benefits generated by the Club.”

Kelly, 51, came into racing from the hotel industry in August 2004, when he became group finance director at Sir Stanley Clarke’s Northern Racing. Four years later, following the 2007 sale of the company to David and Simon Reuben, he was appointed group MD, and in March 2012, having overseen the acquisition of the rival Arena Leisure group, he was put in overall charge of the newly-formed Arc.

Kelly intends to take a short break, including making a trip to Australia to visit his daughter, who is at university in Sydney, before returning to Britain.

He said: “Having benefited enormously from being responsible for a world-class racing product in Hong Kong, which has achieved record turnover in the last two years, as well as staging major racing festivals and the international sale, I’m now looking forward to taking that experience and returning to continue my career in the UK.”