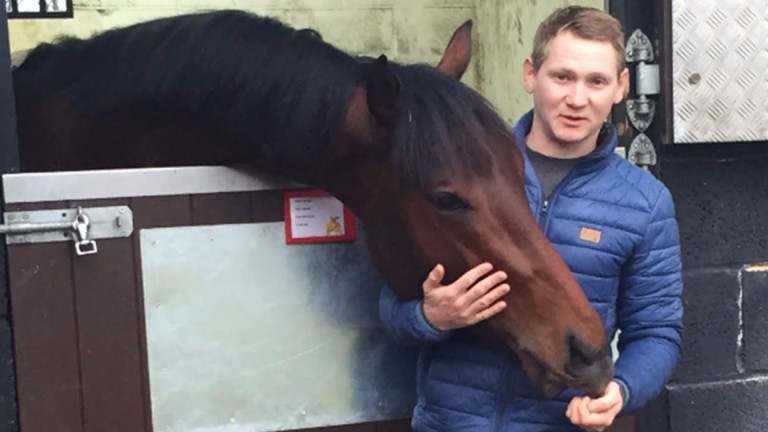 Former apprentice Luke McJannet joined the ranks of Newmarket trainers when granted his licence on Monday and will operate from the brand new Heath View Stables on the Hamilton Road.

McJannet, 27, boosts the numbers of younger trainers on the roster at Headquarters but is still three years older than the baby of them all Amy Murphy, who is one of his new neighbours.

McJannet, who could have his first runner at the end of the month, starts with around ten horses at his new yard, which is built to house 17 and is next door to David Lanigan's new base at Rathmoy Stables.

The new trainer knows all about the Hamilton Road, having been up and down the busy thoroughfare for most of his early career which kicked off with Rae Guest.

He said: "I started as an apprentice with Rae, where I had 16 rides but no winners. I then spent three years as pupil assistant to James Tate before going up to Blackpool, where I was assistant to John Riches for a spell. I then returned to Newmarket and I've been head lad to George Margarson until this opportunity came about."

On the chance to set up on his own, he added: "I've known owner Jaber Ramadhan for a number of years and out of the blue he offered to set me up in this new yard.

"After discussing it with George, I realised it was an offer too good to turn down and I can't wait to get going. We've 17 boxes and there are plans to add a further five. My first runner may be Sattar at the end of the month."