Forget catching pigeons on the gallops - tigers, giraffes and unicorns are in 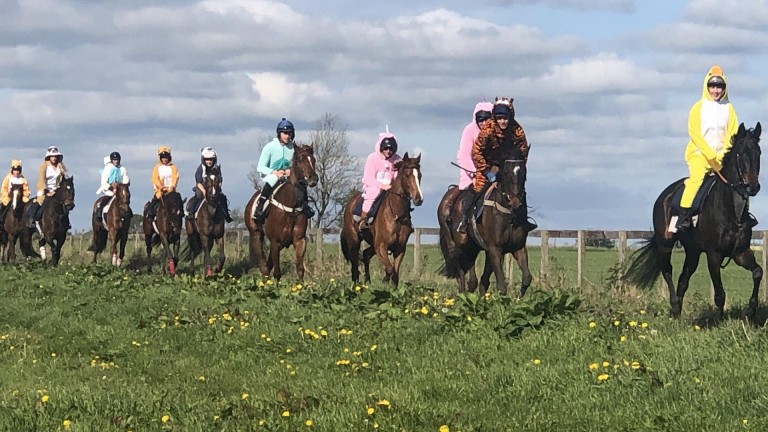 Have you heard the story about the amazing morning gallop, the one where something catches pigeons?

Well there was a new buzz on the Howe Hills gallops in Durham when Rebecca Menzies pulled out her first lot on Friday.

Any unwary work watchers would have been left rubbing their eyes faced with a sight resembling something somewhere between a zoo and a mascot race. 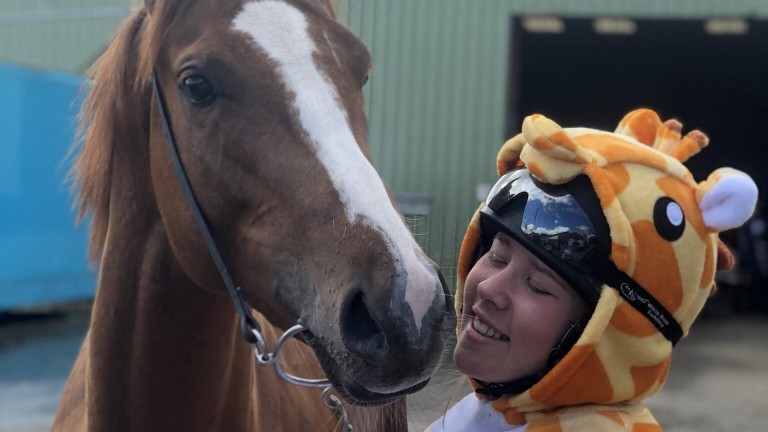 Leah Cooper in her giraffe onesie

First a tiger and a giraffe and then a rabbit and even a pink unicorn galloped over the brow of the hill.

This was all the result of the imagination of stable staff in the quest to support their own Leah Cooper, who is riding in the Macmillan Cancer Support charity race at York on June 15.

Menzies said: "The girls in the yard had the brilliant idea of wearing onesies for the morning to raise money but didn't think I would agree. 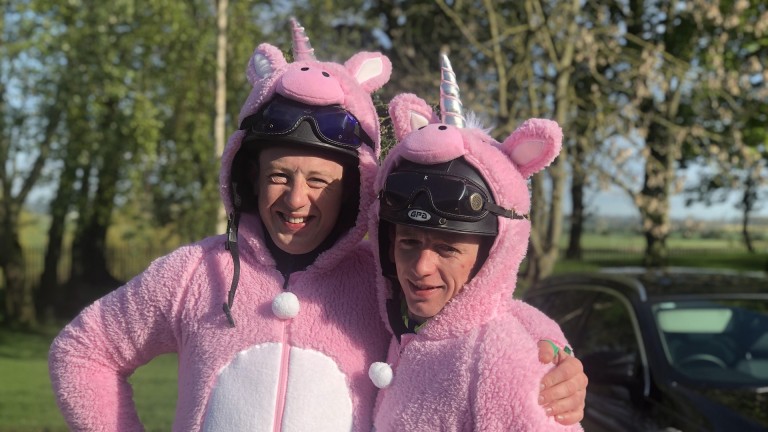 Cam Hardie and Conor O'Farrell get into the charity mood

"Everyone joined in, including owners and the four jockeys who came in to ride work. Even jockeys' valet Steve Charlton came in, to make it a really good day and we have raised over £1,000 having set out to raise £200 for Leah, who has already collected £3,000 for her charity ride at York.

"We will be doing something similar next year, equally as daft!"

So move over mascot races and midnight chases, there is a new charity craze in racing.

Before the BHA launches an investigation, the charity morning proceeded with all safety equipment in place with riding helmets protruding out of the onesies. 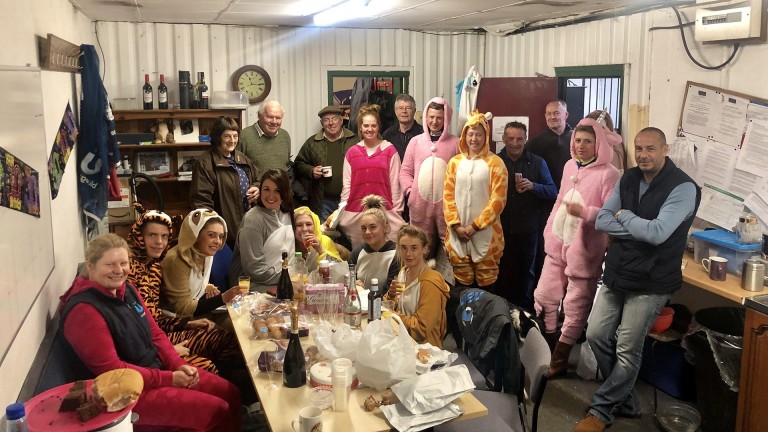 One for all, all for onesies: the Rebecca Menzies team celebrate after a good morning's work

With Menzies sending her jumpers on their summer holiday, Cooper is keeping in training for the York race by riding out at Mark Johnston's.

Anyone wanting to donate to Leah Cooper's charity drive for Macmillan Cancer Support can do so here.

FIRST PUBLISHED 5:42PM, MAY 11 2019
We will be doing something similar next year, equally as daft!