Forever Field 'will like ground' in race trainer farms 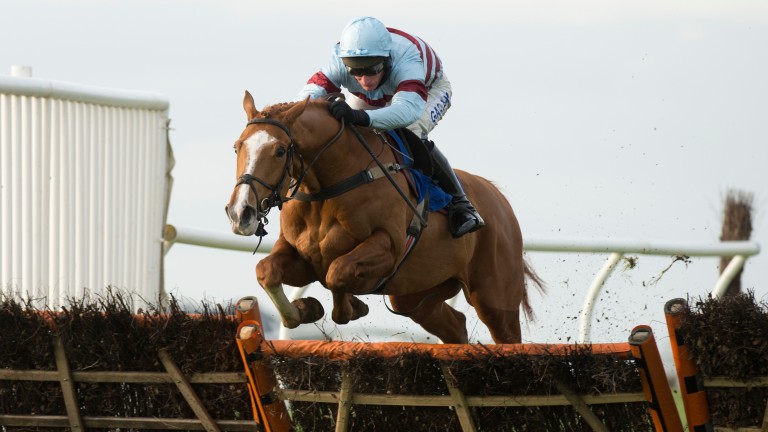 The road to the prestigious Pertemps Network Final at the Cheltenham Festival starts just off the M3 in Surrey for many on Monday in a contest which hosted a subsequent winner of the main race as recently as 2014.

Call The Cops may have finished only fourth to Brother Brian that day but turned the tables on his conqueror in no uncertain terms at the festival and his trainer Nicky Henderson has another live candidate this time around in the shape of Forever Field.

The six-year-old has had a productive season already, winning two of his five starts and being placed in the other three, most recently when posting a career-best third to Ballyoptic in the Grade 3 Silver Trophy at Chepstow last month.

Forever Field also acts well on good ground, something that likewise applies to one of his main rivals L'Aigle Royal, who landed a gamble on his first start for Dan Skelton at Market Rasen since when he has been laid out for this.

Hot Henderson
Nicky Henderson, who fields Forever Field, has won this three times in the past decade with Working Title (2010), Duc De Regniere (2008) and Chomba Womba (2007).

Relatively big field
Seven runners is nothing to write home about but this field is the joint-second biggest on a card that contains a trio of three-runner races.

Kim Bailey, trainer of Younevercall
He's ready to start back after his summer break and we were going to take him to Ascot next week, but we've opted to get him qualified for the Pertemps Final instead. The way he won at Huntingdon last time suggests he'll get three miles in time, so he should like this trip.

Nicky Henderson, trainer of Forever Field
He's one of the few I have who doesn't mind quick ground and he goes there in good form after his fine effort at Chepstow last time. We'll probably put him to bed for the winter after this and he could go for the final of this race if he gets his ground.

Richard Newland, trainer of Duke Street
It looks competitive and one or two of these could be a bit sharp for him, but the plan is to get him qualified for the final of this race. He's come on for his recent run and can handle quick ground.

Dan Skelton, trainer of L'Aigle Royal
This was always the plan after he won on his first run for us at Market Rasen. He's going right-handed again and it's over a similar trip so hopefully he can take the next step as he was fairly handicapped on his old form last time.

Richard Woollacott, trainer of Floresco
He's fit and well and ready for his first start since May, when he won well at Newton Abbot. The step up in trip suited him that day and hopefully he'll like the longer distance and the ground. It looks a hot race, but he should give a good account.

FIRST PUBLISHED 6:00PM, NOV 6 2016
This race was always the plan after he won on his first run for us at Market Rasen