Forecast rain might turn conditions in favour of soft-ground specialists 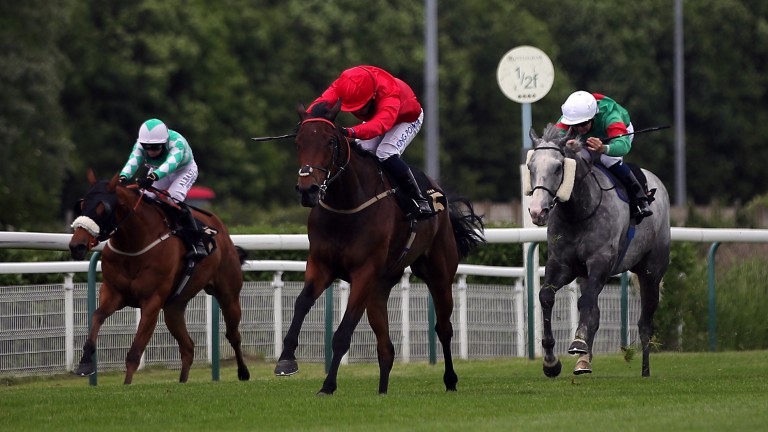 There are some real high-quality sprint handicappers lining up in this qualifier for the Windsor sprint series and the forecast rain might have a significant impact on the outcome.

The ground was on the fast side on Sunday, but it could be soft by the time they line up for this six-furlong contest and that might be a worry for recent Nottingham winner One Night Stand, who has won twice on good or faster and is unraced on soft ground.

Not only is there a doubt about his ability to handle such conditions, but any easing of the ground will also negate the advantage he might have had from an inside draw in stall two.

On quick ground it is an advantage to be drawn low but on softer going the results are more evenly spread and, if anything, it becomes a more level playing field from a draw perspective.

Connections of One Night Stand have good reason to hope that the rain doesn’t materialise.

Punchbowl Flyer has been one of the success stories of the season and his connections will probably be holding out for the opposite because the improving four-year-old loves it soft. 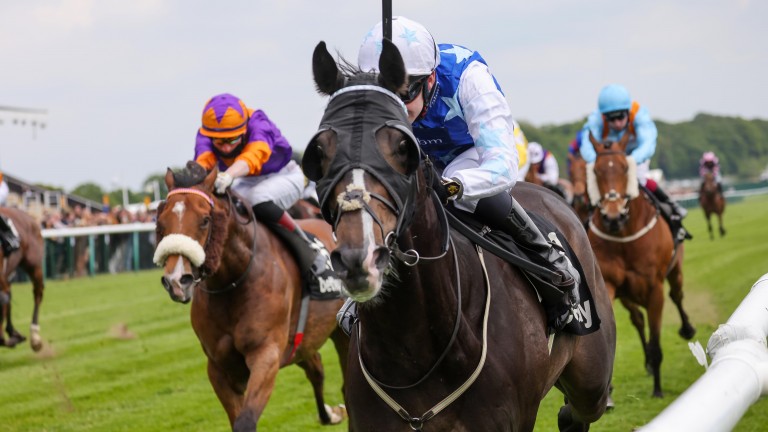 Punchbowl Flyer: has been in superb form this year
GROSSICK RACING

He was a course-and-distance winner on such conditions last month, followed up on good to soft at Haydock, and then finished an excellent eighth in the Wokingham at Ascot on soft.

Punchbowl Flyer races off the same mark and stall ten won’t be a problem on the expected ground. It won’t be long before he is plying his trade in a higher grade if he can win off a mark of 99.
Race analysis by Graeme Rodway

William Jarvis, trainer of One Night Stand
He's going to need a huge personal best to win this and he would be better suited if the rain stayed away. He's got a good draw, a good jockey and a good each-way chance.

Pam Sly, trainer of Dazzling Dan
I've seen the weather and there looks to be a load of rain around which wouldn't be his ideal. The drop to six furlongs will probably help if the ground gets testing. He's had his wind done in the winter and that appears to have made a big difference.

Amanda Perrett, trainer of Tinto
He's been in great form but he's a bit slowly away from the stalls which is costing him his races. Marco Ghiani gets on with him really well and hopefully we don't get too much rain. That said, he won on soft at Ascot two years ago so he should be fine either way.

David Menuisier, trainer of Atalanta's Boy
We've got the Stewards' Cup in mind for him and he went to Windsor last year in a similar race and ran second when slightly unlucky. I would expect him to run a big race.
Reporting by Tom Ward

FIRST PUBLISHED 6:00PM, JUN 27 2021
Marco Ghiani gets on with him really well and hopefully we don't get too much rain