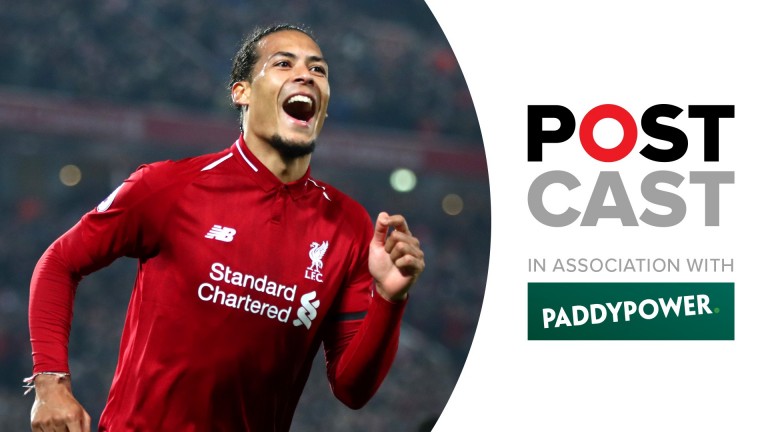 Football Postcast: Premier League Matchweek 29 | Spurs vs Arsenal | Merseyside Derby | Football Tipping
Bruce Millington is joined by Mark Langdon, Dan Childs and Paddy Power's Jason Murphy for a look at the weekend's football including the North London derby at Wembley for Spurs v Arsenal and the Merseyside derby with Everton taking on Liverpool. The team also look at all the Premier League fixtures this weekend and give their best bets.

- Are there any sides you wouldn't put in your accumulator? How often do the Postcasters bet in play? Bruce presents the big questions you've put to us on Twitter.

- Tottenham risk losing three Premier League games in a row, a potential first for Mauricio Pochettino's reign, and they take on North London rivals Arsenal at Wembley on Saturday. The team assess what a loss could mean for Spurs' title hopes.

- Liverpool won impressively against Watford in midweek and will be looking to continue that form when they play Everton on Sunday. It hasn't been plain sailing for the Reds at Goodison Park having won only once in 6 meetings. Are Jurgen Klopp's side a different proposition this time around?

- Plus, the panel gives their best bets from the weekend's games across the leagues.

All prices can be found at Paddy Power:
https://bit.ly/2SxCM7D