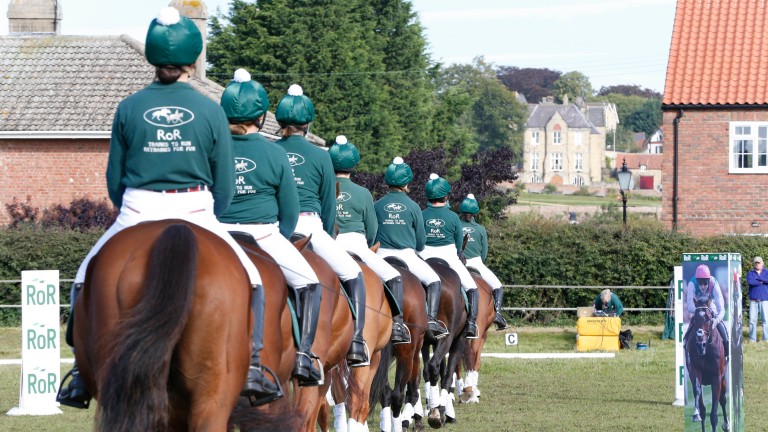 Arena Racing Company and Retraining of Racehorses have teamed up to stage a series of raceday parades, beginning at Fontwell on Sunday, aimed at raising awareness of the work being done to give ex-racehorses a fulfilling second career in another equine discipline.

Each parade will feature horses who have been retrained following the end of their racing career and the first event at Fontwell comes at the end of the Racing Post's Horse Welfare Week.

The second parade is at Windsor on Monday, with both starting at around 1.30pm and featuring horses based near the tracks. Grumeti, a Cesarewitch and Grade 1 hurdle winner, will be among those on show at Windsor.

RoR chief executive Di Arbuthnot said: "This is a great initiative by Arc. We're indebted to them for providing RoR with the opportunity to showcase the thoroughbred’s versatility across the country at their courses.

"The Arc RoR awareness days will feature former racehorses who are local to the course, some of whom may not have made their mark when racing but all of whom are now enjoying success in their second career.

"They're a credit to the owners and riders who have retrained them and given them a new career and purpose."

Sam Cone, PR and communications manager for Arc, added: "We're delighted to support RoR at our racecourses with these awareness days.

"We believe the racing public will enjoy seeing some former stars of the turf while also getting a better understanding of the work the charity does for racehorses in their second careers."

The series is also supported by the Peter O’Sullevan Trust, and racegoers will receive commentary and background information on the parading horses, as well as further information about the work RoR does in on-course videos and in racecards.

FIRST PUBLISHED 1:41PM, MAY 26 2018
They're a credit to the owners and riders who have retrained them and given them a new career and a new purpose