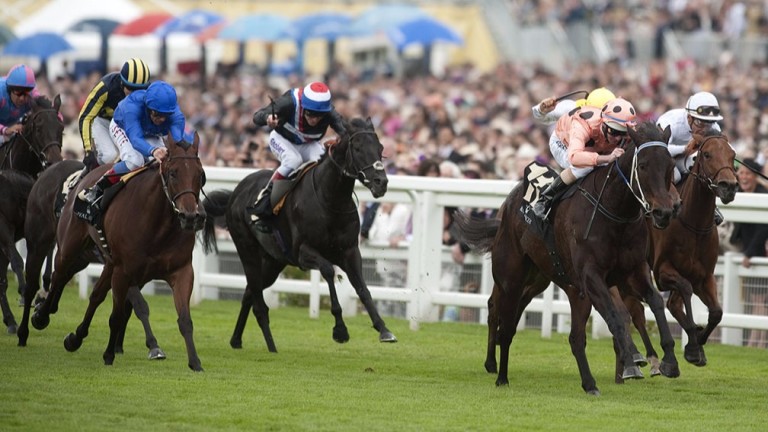 Oscietra, the first foal of champion racemare Black Caviar, is already playing catch up to her illustrious mother after being beaten on her debut at Flemington on Sunday.

Black Caviar, one of Australia's greatest horses, went unbeaten in 25 starts, but her daughter, who is by Exceed And Excel, could manage only third in the 5f New Year Plate at Flemington.

Partnered by Luke Nolen, who rode the remarkable Black Caviar 22 times, Oscietra broke sharply and travelled well, but she was worn down in the closing stages by Limestone and also lost second to the running-on Miss Wahoo.

"I tried to stack them up early and then flow through my gears from midway and see if they could catch me – they could," said Nolen, who nonetheless predicted the filly has "a really bright future".

Co-trainer David Hayes was not expecting Oscietra to win and added: "I've seen that speed and I thought if she sustained it for 1,000 metres we might have something a bit special.

"I just feel she got a little bit lost in the heat of the battle. It wasn't a poor run, it was just the expectation on the girl is so great. I think she will win plenty of races and will get better."

Winning jockey Damian Lane was almost sheepish as he returned to the jockeys' room post-victory, saying with a little inaccuracy, albeit the sentiment was clear: "I feel like the bloke who shot Bambi."