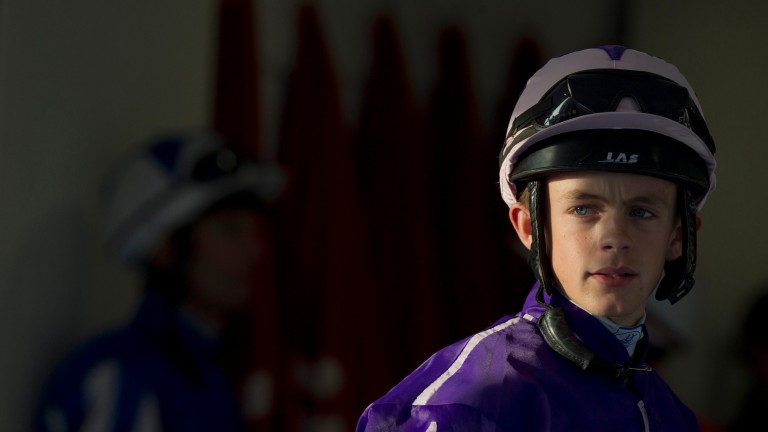 Irish-based jockeys testing positive for cocaine will face at least a five-year suspension as the Irish Horseracing Regulatory Board on Thursday handed out two lengthy bans in its bid to combat a rise in the number of cases.

Damien Melia, a 7lb claiming apprentice, and Conor Murphy, a 7lb claiming amateur, have been given four- and five-year suspensions by the IHRB after testing positive for metabolites of cocaine. The Racing Post understands a third rider has also tested positive for cocaine but that case has yet to be heard.

Murphy's five-year ban is the longest handed out to an Irish-based rider who has tested positive for the Class A recreational drug, and IHRB chief executive Denis Egan said that will be the entry-level sanction in future.

The regulator had already doubled the starting point from two to four years but believes the message was "not getting through". Melia and Murphy were among five riders who tested positive in 2018.

Melia, who was tested at Gowran Park on October 15, claimed a drink he had taken had been spiked.

The referrals committee of the IHRB banned him for four years but said it would consider an application for his licence to be reinstated in nine months' time provided he co-operates fully with any requests made by the IHRB’s senior medical officer and engages positively with a recommended programme.

Murphy, who was tested at Cork on November 18 on a day when he rode Carrignagapple to victory in a hunter chase, received the longer five-year ban.

He was informed that should he reapply for a licence in 18 months' time it will be considered subject to him complying with any requests from the IHRB’s senior medical officer in the meantime.

Conor Murphy: five-year suspension after testing positive at Cork in November
Alain Barr
In November 2017, after Irish Grand National-winning rider Ger Fox and amateurs Roger Quinlan and Danny Benson tested positive at the same Galway meeting, the IHRB said the recommended two-year suspensions would be doubled in an effort to get to grips with a problem it described as "unacceptable for racing".

Last summer, claimers Thomas Sherry and Chris Timmons were hit with four-year bans after testing positive for cocaine, although both were granted the incentive to reapply for their licence in the interim if they engaged in the rehabilitation process.

Amateur rider Luke McGuinness received a two-year suspension in March but succeeded in his reapplication after six months.

The remaining 18 months of his ban are suspended for now and he resumed riding in October.

Egan said on Thursday: “As the number of positive tests for riders in 2018 was five, Justice Tony Hunt, chairman of the IHRB referrals committee, feels the message is not getting through to riders.

“Consequently the starting-off point for bans related to positive tests will, in future, be five years.”

FIRST PUBLISHED 12:17PM, JAN 15 2019
Justice Tony Hunt, chairman of the IHRB referrals committee, feels the message is not getting through to riders