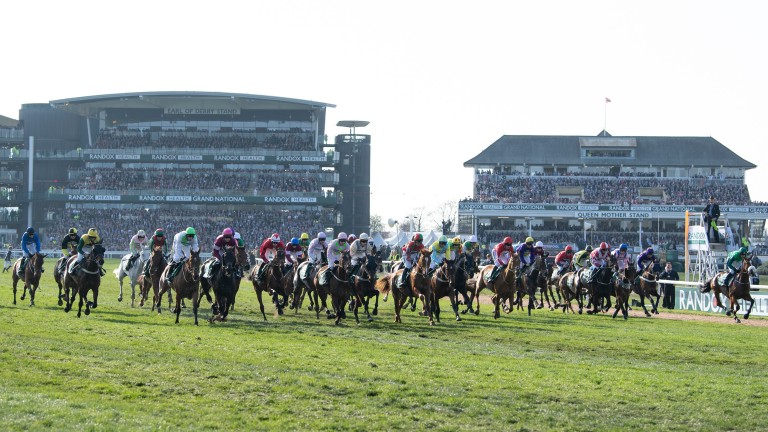 Following our jockeys to follow at Aintree, we select five trainers to keep an eye on throughout the three-day meeting

Colin Tizzard came away empty-handed from Cheltenham but has traditionally enjoyed plenty of success at Aintree including victory in the Topham with Ultragold and Manifesto Novices' Chase and the ill-fated Finian's Oscar last year. 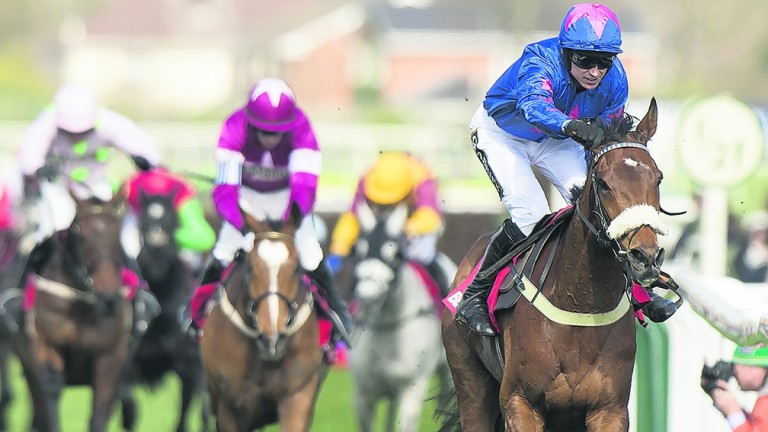 Cue Card: a runway winner of the Betway Bowl for Colin Tizzard in 2016
Edward Whitaker

The Dorset-based trainer could be represented in the latter race with The Russian Doyen, who ran a fine race in the Close Brothers' Handicap at Cheltenham, and Welsh National hero Elegant Escape in the Betway Bowl.

The hat-trick seeking Ultragold is another likely contender for the powerful yard and JLT Novices' Chase runner-up Lostintranslation steps up in trip in the Mildmay on the way to becoming a potential Gold Cup runner for next year.

Dan Skelton landed his first Grade 1 success with Roksana in the Mares' Hurdle at Cheltenham and will undoubtedly be hungry for more this week.

Among his potential runners includes County Hurdle winner Ch'tibello, who takes a big step up to Grade 1 company in the Aintree Hurdle, and the exciting Spiritofthegames entered in the Manifesto and Mildmay Novices' Chases.

Rene's Girl, second to Finian's Oscar at the meeting last year, is another big name to feature among Skelton's entries and ran a fine race behind Lady Buttons at Doncaster in December.

The champion trainer suffered a tragedy with the loss of We Have A Dream this week but will hope for a happier time at Aintree, a track he has saddled 26 winners from 125 runners over the past five seasons. 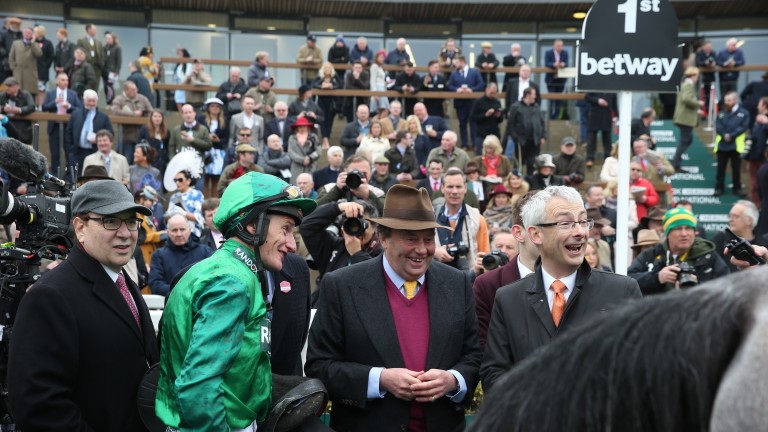 Nicky Henderson: has a strong team for Aintree
John Grossick

Dual Champion Hurdle hero Buveur D'Air heads his Aintree Hurdle team and will bid to bounce back from his uncharacteristic fall at Cheltenham with Barry Geraghty once again on board. International Hurdle winner Brain Power and Grade 1 winner Verdana Blue complete his trio in the race.

The Ditcheat master landed a maiden Grand National success with Neptune Collonges in 2012 and while he may not saddle a runner in this year's renewal, he will have plenty of ammuntion at his disposal.

King George winner Clan Des Obeaux found the Cheltenham hill too stiff a task but will be suited by a return to a flat track in the Betway Bowl, while the unexposed Christopher Wood takes a step up in grade in the juvenile contest.

One of Nicholls' main hopes for the week is the imposing Topofthegame, who got the better of Santini in the RSA Novices' Chase at Cheltenham.

The Gloucestershire-based trainer has saddled ten winners from 72 runners at the Liverpool track over the past five years and has plenty of live chances this time around.

He could be represented by the returning Summerville Boy in the Aintree Hurdle. Last year's Supreme winner suffered an injury following two disappointing runs but George has signalled he is ready to give a good account of himself. Stable stalwart God's Own, Double Shuffle and Singlefarmpayment also hold big-race entries.

FIRST PUBLISHED 1:02PM, APR 1 2019
Colin Tizzard came away empty-handed from Cheltenham but has traditionally enjoyed plenty of success at Aintree

Does Nicky Henderson hold winning formline in clash of two potential stars? 'Any criticism of him is surely harsh' - Graeme Rodway on Cleeve favourite Champ Intriguing Trials day the perfect warm-up as festival looms large on the horizon In Shishkin's footsteps: Lightning Chase may offer clues for wide-open Arkle One trainer, one jockey, one horse and one race to watch on Saturday Shishkin triumph was redemption for Nicky Henderson - and Lambourn loved it