Five things we learned on the Knavesmire last week 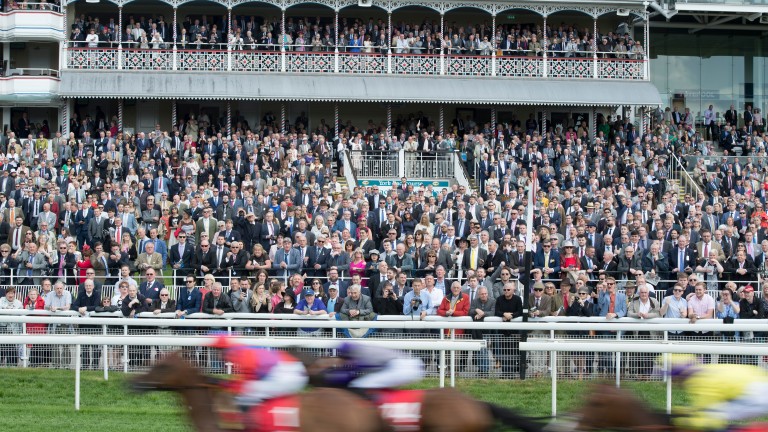 Timing is everything, or is it?

John Gosden withdrew Cracksman from the Dante Stakes because of the ground but had already hinted he had reservations about running the colt owing to the trial's proximity to the Derby.

It would have left him 16 days to prepare Anthony Oppenheimer's Frankel colt for the Epsom challenge which the trainer felt was very tight.

A late Easter is to blame for the short turnaround, but it is not the first time it has happened so how much of a disadvantage can it be?

Golden Horn won the Derby 23 days after winning at York but Authorized managed to land the Derby with a day less in between the Dante and Epsom Classic than Cracksman would have faced, winning at York on May 17 and Epsom on June 2 in 2007, which is encouraging news for backers of Permian.

Dante could be usurped as best trial

As the richest trial for the Derby and a Group 2 race the Dante regularly attracts the strongest field. Ten winners of the race have also won the Derby, Golden Horn the latest, and Workforce struck at Epsom after finishing second in the Dante.

But the race that has thrown up the best clues has been the long maligned Derby trial at Epsom. In this year's race Cracksman beat Dante winner Permian a short head and Bay Of Poets, who went on to finish second to Derby favourite Cliffs Of Moher in the Dee Stakes. The first three could line up at Epsom this year.

Not winning at Epsom has proved costly for connections of Permian. The Sheikh Hamdan bin Mohammed Al Maktoum-owned colt was not entered in the Classic as a yearling, nor at the next opportunity in April this year. Had he beaten Cracksman he would have earned a wild card entry. Now his owner has to stump up £85,000 to supplement him.

The Tin Man will be less rusty next time

The Tin Man already faced a tall order in the Duke of York Stakes, courtesy of the 5lb penalty he had to shoulder for his win in last year's British Champions Sprint at Ascot but it became that much harder when the heavens opened.

Nevertheless he travelled strongly for a long way before tiring in the final furlong and should be a lot more competitive at level weights and on hopefully quicker ground in the Diamond Jubilee Stakes.

As impressive as winner Tasleet was, The Tin Man could be the horse to take out of the race.

Most horses leaving Sir Michael Stoute are destined to compete in the lower leagues. Not so Duke Of Firenze who under David Griffiths has now risen to a handicap mark higher than he achieved under his previous trainer.

Duke Of Firenze reached a peak mark of 102 after winning the 2013 Dash at Epsom for Stoute, then moved to Robert Cowell before he was picked up for 16,000gns by Griffiths.

He began life with Griffiths last year on a mark of 95, beat Brando at the Ebor meeting on his fourth start for the yard, finished third in the Dash and ended the year beaten under three lengths when sixth in the Group 1 Prix de l'Abbaye.

He lined up in the race he won a year ago nearly a stone higher on a mark of 103 and won by a neck, despite softer ground than he likes. Granted a good draw he will be the one to beat when he tries to win the Dash a second time.

It would be wrong to pigeonhole a multiple champion trainer like Sir Michael Stoute but one of the areas in which he has no peers with older, middle distance horses, of which Dartmouth is another example.

The Queen's horse won his first three starts last year, delivering a memorable win for the monarch in the Hardwicke Stakes, a favourite race of Stoute's. He was then third in the King George and second in the Canadian International.

The Yorkshire Cup was his first try at 1m6f but it will be back to 1m4f that he will return for another royal engagement, giving the Queen much to look forward to in the year of her Sapphire Jubilee.

FIRST PUBLISHED 9:43AM, MAY 20 2017
But the race that has thrown up the best clues has been the long maligned Derby trial at Epsom