News WHAT WE LEARNED 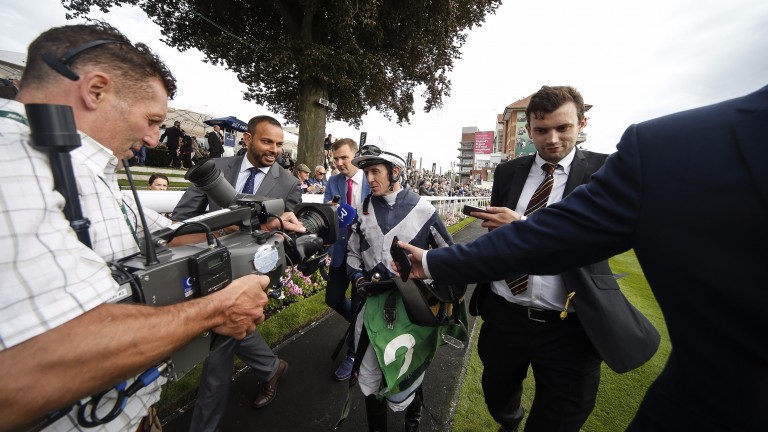 Jim Crowley is the centre of attention after guiding Ulysses to York glory
Alan Crowhurst
1 of 1
By Andrew Dietz & Peter Scargill UPDATED 9:26AM, AUG 28 2017

Crowley secures his place at the top table

If last season's priority was quantity, this term has been all about quality for the champion jockey.

In seven weeks, Crowley has won three Group 1s with the Sussex Stakes shock on Here Comes When sandwiched in between big-race strikes on Ulysses.

Victory on the Sir Michael Stoute-trained star in the Coral-Eclipse got the ball rolling and the former jump jockey capped a sensational spell in the £1 million Juddmonte International.

Crowley ended the week as top jockey at the Ebor festival with a total of four victories, including two for his boss Hamdan Al Maktoum on Group 3 Strensall Stakes winner Mustashry and progressive handicapper Fidaawy.

PJ McDonald was another former jumps rider to enjoy a stellar week after winning the Group 2 Lonsdale Cup on the quirky but talented Montaly and landing the £70,000 Convivial Maiden on Dream Today.

Apprentices all the rage in Ebor

For the third time in four years, an apprentice was catapulted into the racing public's consciousness after winning York's most prestigious race.

Callum Rodriguez followed the recent examples of Adam McNamara (Heartbreak City last year) and Louis Steward (Mutual Regard in 2014) on to the Ebor roll of honour after delivering a perfectly-timed run on Nakeeta.

Dale Swift (Moyenne Corniche in 2011) and Gary Carroll (Sesenta in 2009) are other claimers to have caused a splash in Ebor in the last ten years, guaranteeing promising young rider will remain in high demand for the big handicaps. 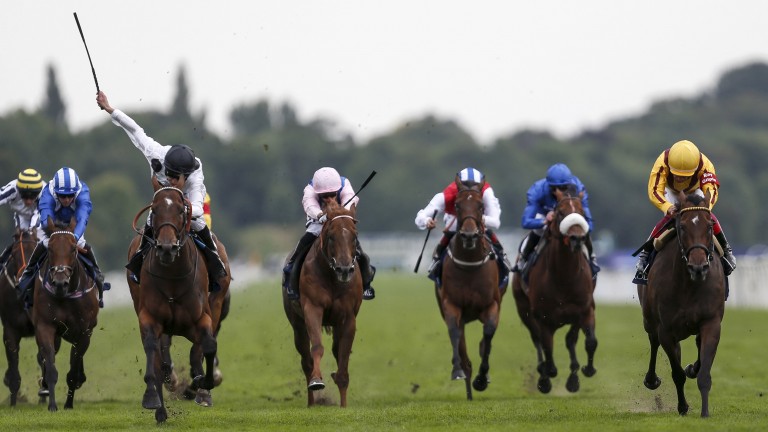 Marsha's star in the ascendancy

Lady Aurelia might have produced the standout performance of the season when blitzing her rivals in the King's Stand, but Marsha could end up the leading light among this term's sprinters.

The Sir Mark Prescott-trained filly started out in the early throes of the campaign defying a Group 1 penalty in the Palace House and despite a couple of bumps along the road, she showed hunger for the fight was undiminished when nailing Lady Aurelia on the line in an astonishing finish to the Nunthorpe.

With Lady Aurelia and Battaash among those setting a furious pace, the way the race was run set it up for a closer but Marsha still had to go through with it and deserves all the plaudits she has received.

A return to Chantilly to defend her Prix de l'Abbaye crown lies in wait and if she can round off a season that started way back in early May with another successful French foray, she might well emerge as the best of the sprinters. 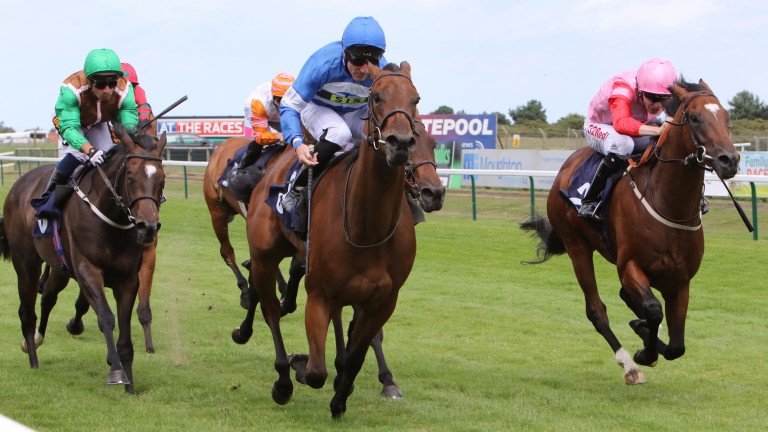 Three-year-old Millie's Kiss, mistakenly racing as stablemate Mandarin Princess in a two-year-old race, is a 50-1 'winner' at Yarmouth

Fyre Cay is one for the notebook

There was very little attention paid to Redcar over the weekend with top-quality action at York, Goodwood and Windsor on Saturday. But Fyre Cay is worth attention.

Giving 10lb to the 99-rated Mistress Of Venice, a Listed placed filly who has also been fourth in the Queen Mary and Duchess of Cambridge, Fyre Cay triumphed by a head in the style of a smart colt.

Fyre Cay, who came into the Redcar race having been promoted to first after originally finishing second to three-year-old Millie's Kiss at Yarmouth, holds no fancy entries at this stage. However, he is more than worthy of a second look wherever he turns up next.

Another exciting runner for the Niarchos family

Joining the likes of Ulysses and Alpha Centauri as horses to carry the Niarchos family colours with distinction this season is Liquid Amber.

The daughter of Kitten’s Joy broke her maiden in serious style when charging to a five-length success in the Group 3 Flame Of Tara Stakes at the Curragh on Sunday.

Quotes of 33-1 for the Investec Oaks arrived for Liquid Amber following her success, but trainer Willie McCreery is keen to take things steadily with a filly clearly possessing plenty of talent.