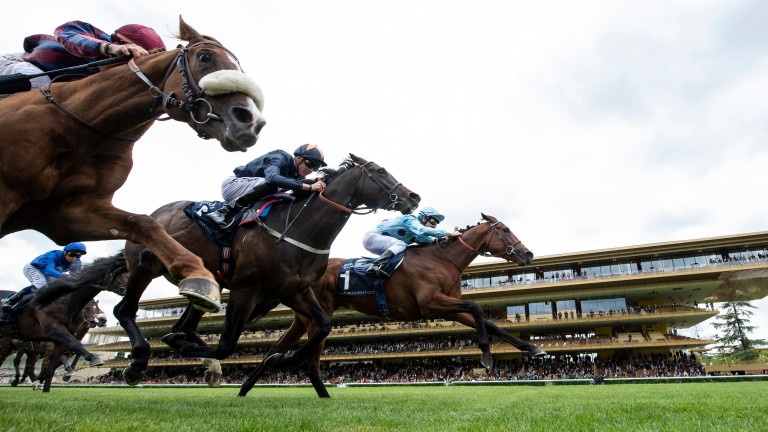 Racing has been taking place in France over the past week
Edward Whitaker (racingpost.com/photos)
1 of 1
By Peter Scargill UPDATED 9:56AM, MAY 18 2020

We have had a week of French racing taking place since the coronavirus lockdown ended. Here are five pointers we have picked up along the way.

It may be the middle of May but for trainers and their horses it is actually only the start of the season.

There are many big races to come as the season really gets rolling and, as such, some yards have not pushed all the buttons in preparing their horses for the opening fixtures. 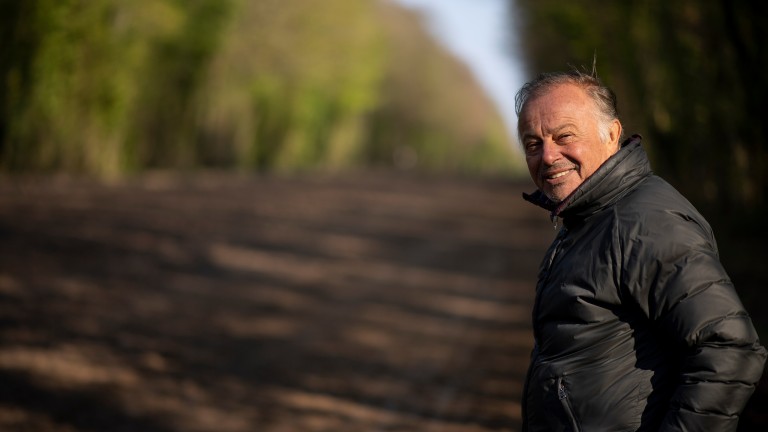 These include the yards of champion trainer Andre Fabre and Freddy Head, with the runners from both performing well on the whole but perhaps lacking that sharpness racing can bring.

Fabre and Head are masters at bringing their horses along through the season and peaking them for the big days, so keep a close eye on them as the weeks progress.

We have had to wait a little longer than usual to see the first juvenile runners of this year’s first-season sires in Europe, always a time of great intrigue and anticipation.

One sire who has been particularly quick out of the blocks is Goken, with two winners and a second from his six runners in the first week of action.

A fast two-year-old himself having won over 4½f before winning at Group 3 level later in the season, Goken appears to have passed plenty of that pace on to his offspring.

We are used to seeing big names dominate the jumps scene in Britain, with Paul Nicholls and Nicky Henderson, and Ireland, where Willie Mullins and Gordon Elliott rule the roost.

The same situation is also present in France where Francois Nicolle and David Cottin are both pumping out the winners in the early skirmishes like there is no tomorrow.

Nicolle claimed a pair of Grade 2s on Auteuil’s Sunday card, while the ambitious Cottin, who saddled Easysland to defeat Tiger Roll in the Glenfarclas Cross Country Chase at the Cheltenham Festival, is operating at a near 30 per cent strike rate.

Last year Hurricane Ivor looked a horse with serious potential and was nominated as a leading contender for the two-year-old races at Royal Ascot.

The wheels came off when he was beaten next time out and he did not reappear until running at Chantilly last week where he was brilliant.

Possessing brilliant speed, Hurricane Ivor could well clean up in the sprinting division in France this year if able to build on his reappearance effort with the country not traditionally known for the strength in depth of its sprinters. 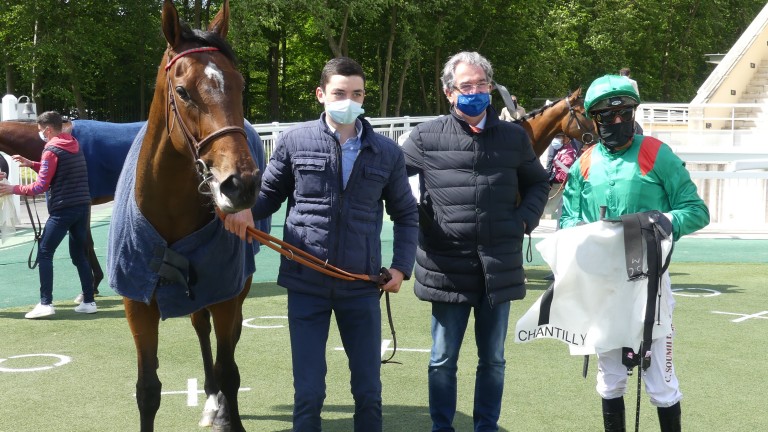 Simeen put herself firmly in the Poule d'Essai picture for the Aga Khan, Jean-Claude Rouget and Christophe Soumillon with a smooth success at Chantilly on Wednesday
Racing Post/Scott Burton

Keep a close eye on maidens and conditions races

While the black type and juvenile races may be the main focus for many when watching the action in France, it is also advisable to watch the maidens and conditions contests as well.

With prominent owner-breeders such as Wertheimer and Frere, the Aga Khan, the Niarchos family and Gerard Augustin-Normand operating in France, there is the potential for a slower maturing star to emerge in one of these races having been lightly, or unraced, at two.

A case in point would be the Aga Khan’s Simeen, who was successful on her only start at two before impressing on her comeback with a win in a conditions race at Chantilly. She is now second favourite for the Poule d’Essai des Pouliches.

FIRST PUBLISHED 9:00AM, MAY 18 2020
Possessing brilliant speed, Hurricane Ivor could well clean up in the sprinting division in France this year