Five things to look out for on day two at Chester 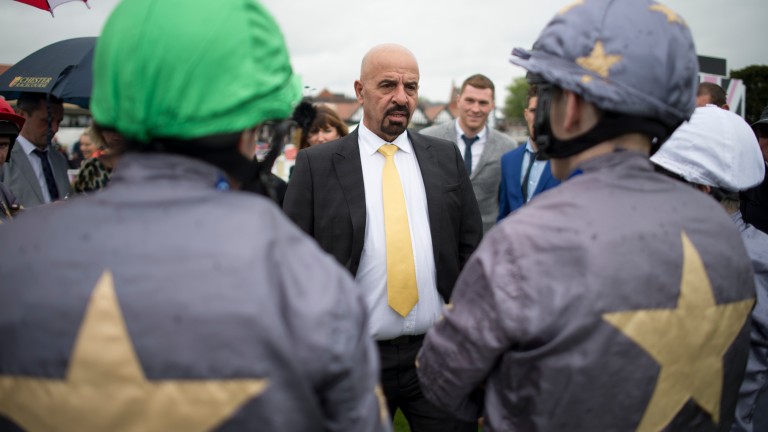 Will we see a Derby winner?

It has not been the most common route taken to Epsom glory by Derby winners but it is not unheard for the winner of the Group 3 MBNA Chester Vase Stakes to complete the double.

Ruler Of The World did just that in 2013 and of the eight runners in Thursday's renewal, only Cunco does not hold a Derby entry.

None of those set to race at Chester is anywhere near the top of the betting for next month's Classic but in the absence of a strong favourite, the opportunity remains for a colt to emerge as a leading candidate.

How good was Ulysses?

Plenty of observers were impressed by Ulysses' win in the Gordon Richards Stakes last month and while he is not among those heading to Thursday's sportingbet.com Huxley Stakes, a couple of those who chased him home at Sandown are.

Runner-up Deauville ran a fine race too and connections will be hopeful he can make amends, while Royal Artillery could well come on for his effort back in fourth.

The big winner though, should either of those two impress, will be Ulysses, with Sir Michael Stoute's four-year-old threatening to be a major player at the highest level this summer.

A winner for Chester's biggest fan?

Owner Marwan Koukash makes no secret of his affection for Chester and this famous meeting and he would love to bag a big winner or two across the week.

His grand old campaigner Gabrial leads the charge on day two when he lines up in the Huxley Stakes. The eight-year-old has eight wins to his name but none at Group level, finishing second most recently behind Sovereign Debt in the Group 2 bet365 Mile at Sandown last month.

Elsewhere on the card, Koukash has a further four runners, including The Amber Fort, who will be having his first start both for the owner and since switching from John Gosden to David O'Meara and Energia Fox, a winner on the all-weather at Newcastle back in February.

It is not only Group action on ITV4 on Thursday, with two intriguing handicaps for punters to get stuck into as well.

The first of those comes up at 1.50 and features the unexposed Khairaat, who will be bidding to build on his two wins last year on his first start of 2017. A four-year-old trained by Sir Michael Stoute, he is bound to be a popular pick but there is plenty of substance to the form of some of the more seasoned campaigners taking him on.

At 3.00, a pair of unexposed three-year-olds look set to challenge for favouritism, with the John Gosden-trained Via Egnatia taking on last month's Beverley runner-up Areen Heart.

Koukash is not the only one who likes to send out a winner at Chester, with trainer Tom Dascombe also keen on success at the track.

Dascombe won the second day's finale with Newera 12 months ago and will be hoping for a repeat with the last-time-out Haydock winner Caponova.

The four-year-old is one of nine runners across the card for the Manor House trainer.

FIRST PUBLISHED 6:00PM, MAY 10 2017
In the absence of a strong Derby favourite, the opportunity remains for a colt to emerge as a leading candidate