Five-star retirement could be imminent for holder of new record 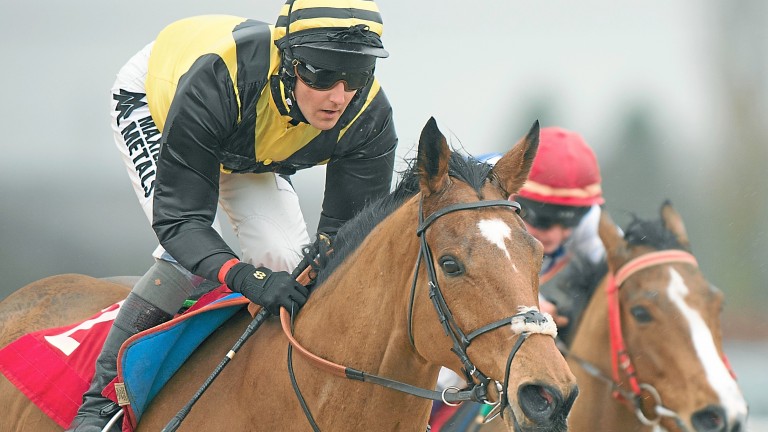 Stand Guard's immediate future is in the hands of the handicapper following Saturday night's record-breaking win at Kempton, and retirement will come sooner rather than later if he clearly cannot win off his new mark.

That was the message from trainer John Butler, who was behind claiming the 13-year-old for £6,000 at Wolverhampton in 2011 and has been associated with him for 20 of his wins, all but three of them as trainer in his own right.

Butler is conscious the handicapper can not ignore Saturday's 29th win – a new record for an all-weather horse – and he will not persevere if it is clear Stand Guard is no longer able to win.

The end could be just a race or two away, but if that is the case plans are already being made for a five-star retirement with owner Alice Haynes at her pre-training establishment in Newmarket.

Butler, the seventh trainer to handle Stand Guard, who started life with Juddmonte Farms and raced once for Sir Michael Stoute and Frankie Dettori, said: "Stand Guard has come out of Saturday's race exceptionally well and I'm just waiting to see what the handicapper does with him.

He added:"Eventually he won't be able to win off his mark, and at his age we aren't going to be able to get him back down to a winning mark, but we will keep tipping away until he tells us he can't win off his mark, or that his body can't take it any more, and then we'll stop."

Butler outlined a busy future for Stand Guard, in which he will be involved with his owner in the retraining of racehorses classes.

He said: "Alice will take him on board and he will get five-star treatment. He's a horse that will have to be kept busy to stay in shape. Like some old people, he would go out of shape quickly if he wasn't kept occupied."

Stand Guard has touched a lot of lives in his 83-race career, and Butler was reminded of that on Saturday. He said: "At Newmarket last year two ladies he used to look after him and ride him out at Stoutey's came to talk to me about him, and at Kempton on Saturday I met another lady from Richard Guest's who looked after him when Derek Shaw trained him.

"He also had two summers with Richard and Jackie Hills. He's a gent of a horse and has a bit of a fan club."