Five reasons why you need to be watching around the clock 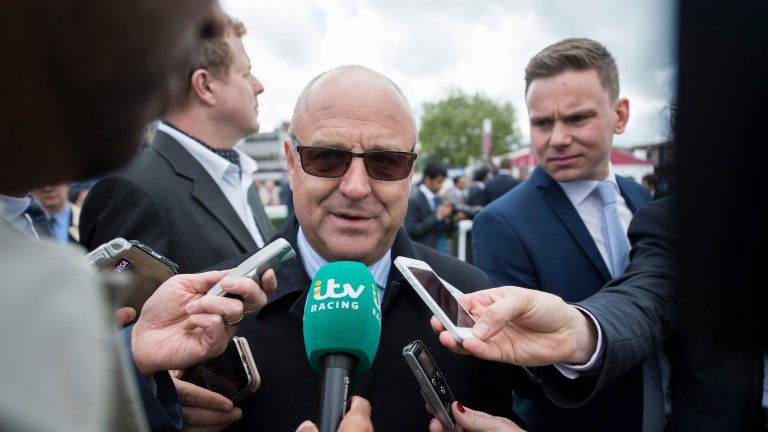 Richard Fahey: the Lockinge-winning trainer hopes to land the Weatherbys Super Sprint back at Newbury
Edward Whitaker
1 of 1
8:05PM, JUL 21 2017

Beauty is in the eye of the beholder and so is super-ness – don't worry about the weather and don't listen to those moaners who've been writing this Saturday off even before it has started.

True, there is no conglomeration of goodies as on 'Super Saturday' last weekend.

But if you own a cheaply bought two-year-old, or a well-handicapped chaser, then this Saturday is plenty special enough.

If you are a female jump jockey with a glaring gap in your jewellery box, then it could be your day of days.

And if you fancy watching the best horse in the world, and don't mind making a late night of it, then it could be a long but super-duper day.

Hoping to hit the jackpot

The Super Sprint makes it a super day for the smaller owner at Newbury, where the £250,000 Weatherbys-backed feature is restricted to juveniles bought for less than £63,000 and offers money down to tenth place.

But those who like to see David get one over Goliath have plenty to cheer, for the lower the price of the horse, the lower the weight carried.

That helps the Archie Watson-trained dual winner Corinthia Knight, who cost €15,000, and Stan Moore's Group 3 fifth Debutante's Ball, who was bought for just £6,000.

But that is a fortune compared to the €2,000 Joe Tuite paid for bottomweight Mother Of Dragons, a talented maiden and a potential fairytale winner for a small trainer who was forced to retire his fragile Ebor winner Litigant last month.

Schools may just have broken up for the summer but messrs Henderson, Nicholls and O'Neill – plus plenty of the other names that dominate these pages in the winter – go head to head at Market Rasen. 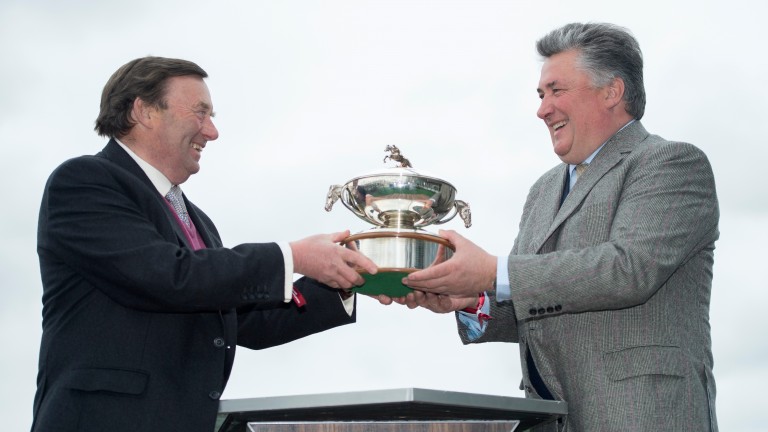 That's what happens if you put £50,000 on offer in the Betfred Summer Plate, an ultra-competitive handicap in which the top four in the weights have already won eight races between them this season.

Nor is the £35,000 Betfred TV Summer Handicap Hurdle anything other than a cracking race – and if John Constable can defy a 16lb rise for his 14-length romp in the Swinton Hurdle it really will be a work of art.

It's been quite a week for sexual emancipation. First the BBC unveiled Jodie Whittaker as the new Doctor Who and then acknowledged it needs to ensure its highest-paid female presenters keep tabs on their male counterparts.

Yet Cartmel is ahead of the game when it comes to rewarding women and for the third year in a row the winning jockey in its female riders' handicap hurdle will receive a £5,000 diamond necklace.

Champion Irish conditional jockey Rachael Blackmore already has one but will doubtless find room for another should Baby Jake repeat last year's win – but that will not be easy with Charlotte Jones, Bridget Andrews and Emma Sayer all on last-time-out winners.

There's plenty of good stuff going on elsewhere, including the Aphrodite Stakes at Newmarket, where More Mischief bids to give Jedd O'Keeffe his third Listed victory – he had not had a single one in 17 years as a trainer three weeks ago.

The tenth Go Racing In Yorkshire Summer Festival gets under way at Ripon, although the feature Bell-Ringer Handicap could be a battle between the Scots Mark Johnston and Keith Dalgleish, who have two runners apiece in a race they have both won in the last two years.

The most super horse in action will technically be racing on Sunday here as it will be 2.10am BST when Arrogate lines up for the TVG San Diego Handicap at Del Mar in California.

But those who saw him overturn California Chrome in a thrilling Breeders' Cup Classic will know he's worth staying up late for.

A mightily authoritative Dubai World Cup success in March confirmed him the best horse on the planet – although he is actually the second Arrogate to make a mark at Del Mar.

It was on a horse of the same name that John Longden defied arthritis to ride the 4,871st victory of his career there in 1956, making him the most successful jockey in the world.

That must have been a super day – unless you were Sir Gordon Richards, whose record he broke.