Five horses bidding to repeat glory of 12 months ago 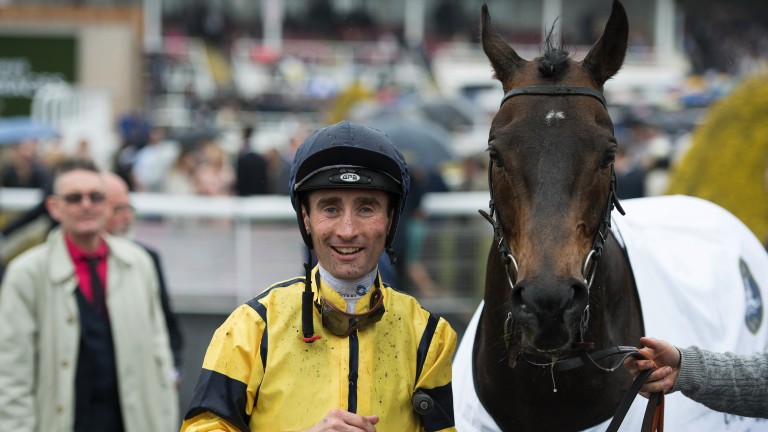 Sound Advice and Dougie Costello team up again at Chester
Edward Whitaker (racingpost.com/photos)
1 of 1
By Mark Scully 6:00PM, MAY 26 2017

While Clever Cookie is out to land the Grand Cup at York for a third time, there are no fewer than five horses elsewhere bidding to win races for the second year running. Here they are, with their trainers' opinions.

Impressive when winning last year under a fantastic David Allan ride. Things did not quite work out for the remainder of 2016, but he got back on track with a win at Ripon last month – a race he had finished second in a year earlier – and finds himself back on the same mark of 93 he scored off last year.

Tim Easterby's view: "He's been in good form at home since his last win. Ideally I'd like a bit of juice in the ground but he won the race last year and beat Yorkidding last time – form that has been boosted since."

Chester is well known as a horses-for-courses venue and there are few who enjoy a spin around the Roodee more than Sound Advice. A winner here four times already, he not only won this 12 months ago but warmed up for his defence with an impressive success at the recent May meeting here. Races off a mark 4lb higher than last year.

Keith Dalgleish's view: "He's come out of his last race in good order, he loves the track and I'm happy with the draw, so fingers crossed."

The five-year-old has reached that age where so many sprinters have flourished and, fresh from a winter in Dubai, he looks like making a bold bid for a repeat. Only 3lb higher than when winning this last year, he is entitled to have improved at least that much and, as long as the ground remains close to genuine good, optimism is high.

George Baker's view: "He's in very good form but I'm just hoping it doesn't go too quick. He did well in Dubai and appears a sprinter who remains progressive, so I'm hoping he'll have a very good year. This looks a good starting point and we've some nice targets ahead, such as the Dash and Stewards' Cup. I'll be very disappointed if he doesn't run a big race."

A three-time winner over course and distance but his chances of making it four may be foiled by the weather. All those wins came with 'soft' in the going description but, although that is a concern, the eight-year-old has respectable form on firmer conditions. More troubling could be his mark – he is 10lb higher than last year.

John Bridger's view: "The ground is worrying us because he does like to get his toe in. We'll see what it's riding like but he'll probably take his chance because he's absolutely 100 per cent."

Cartmel is offering record prize-money of £525,000 this year and connections of Maggie Blue will hope to pocket a slice of it on the track's opening day. Off a mark 3lb lower than last year, it would be easy to make the case for her again, although she would need a big turnaround in form.

Harriet Graham's view: "We're hopeful but I'm not convinced she's the horse she was last year. I feel the handicapper just won't drop her to what her ability is now, but she'll appreciate not carrying as much weight, she's very fit and well, and going around Cartmel again could help."