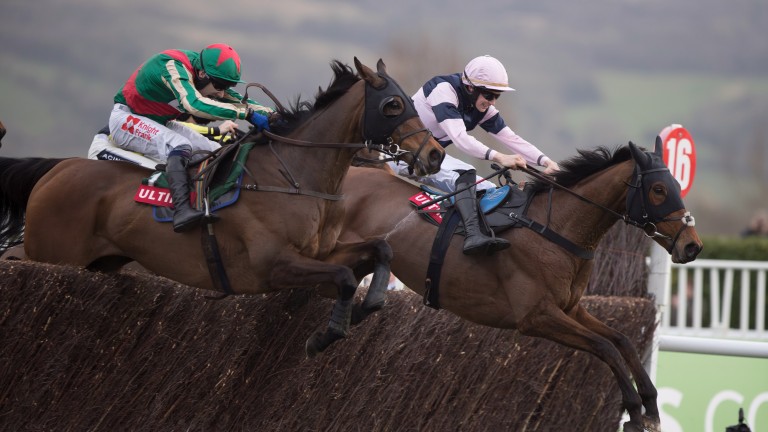 Getting into a Cheltenham Festival handicap off a low weight may be Plan A, but such is the nature of those races – weights for which were published on Wednesday – that every so often a brave, gutsy horse will shoulder a welter burden to victory. Here, Ollie O'Donoghue remembers five of the best weight-carrying performances at the jamboree of jumps racing

A special performance is required to win one of the festival handicaps two years in a row, and that is what the David Pipe-trained Un Temps Pour Tout produced when he triumphed in the 2017 Ultima Handicap Chase under 11st 12lb.

Four had a chance jumping the last but the two to emerge from the pack were Un Temps Pour Tout and the gambled-on favourite Singlefarmpayment, who was carrying almost a stone less. The pair fought it out all the way to the line before Un Temps Pour Tout prevailed in a head-bobbing finish.

"It was a great performance from the horse under top weight and it was a tougher race than last year, I thought," noted Pipe in the aftermath of the contest.

Based on form, Arctic Fire was entitled to take his chance under top weight of 11st 12lb in the Grade 3 County Handicap Hurdle in 2017, when ridden by Paul Townend.

Willie Mullins' charge had raced in Grade 1 company more often than not and landed the Hatton's Grace Hurdle at Fairyhouse the previous season. He also found only Faugheen too good in the Champion Hurdle at Cheltenham and Punchestown in 2015.

Against Arctic Fire was a 418-day layoff, though this did not stop him fending off the late challenges of L'Ami Serge and Ozzie The Oscar, who carried 11st 6lb and 10st 3lb respectively.

"Arctic Fire is a class horse on his day and even though he was carrying top weight the handicapper gave us a fighting chance as his rating was probably five or six pounds below his best," said Mullins in his post-race debrief.

The race was Arctic Fire's third festival appearance, having also finished second to Lac Fontana in the 2014 County. 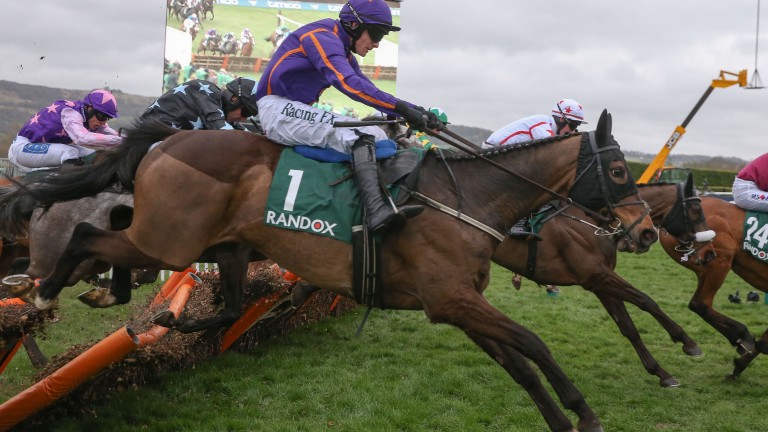 Given a masterfully cool ride by Codd, Character Building, the highest-weighted horse at 11st 12lb, only entered the fray with 150 yards to go when he strode past the lightly weighted Pretty Star and galloped up the hill into festival history.

The race was the second of three festival appearances for Character Building, who was runner-up to Butler's Cabin in the 2007 National Hunt Chase.

"Character Building will always be special to me as he gave me my first win at the festival," Codd said in a Racing Post interview ahead of the 2017 Cheltenham Festival.

"He was a real hold-up horse and although he was travelling strongly down the hill I knew I had to wait and not go too soon. It all worked out well and we didn't hit the front until about 150 yards to the finish." 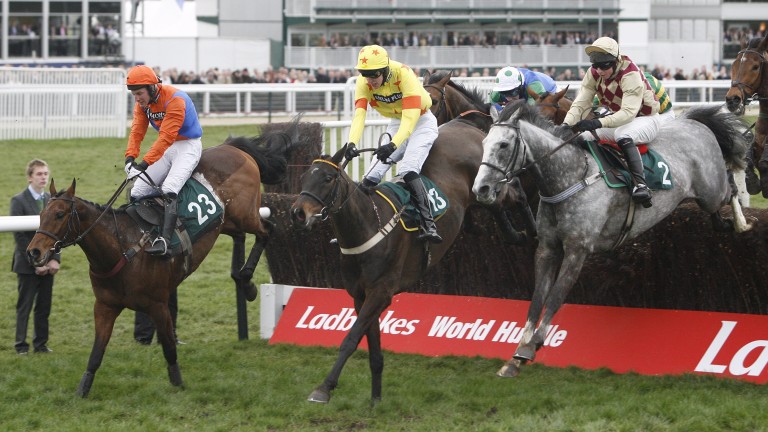 Before Character Building, a horse carrying top weight had not won the Kim Muir since 1982 when Political Pop lugged 12st around – then along came Ballabriggs in 2010 to make it two winning topweights in two years.

Donald McCain's runner travelled upsides the leaders for most of the way and, despite being ten lengths clear at the last, had to draw on every last sap to energy to hold off the fast-finishing Faasel.

It was a second win in the race for rider Richard Harding, who had guided You're Special to victory in 2006 for Ferdy Murphy, while it was to be Ballabriggs' only ever start at Cheltenham. 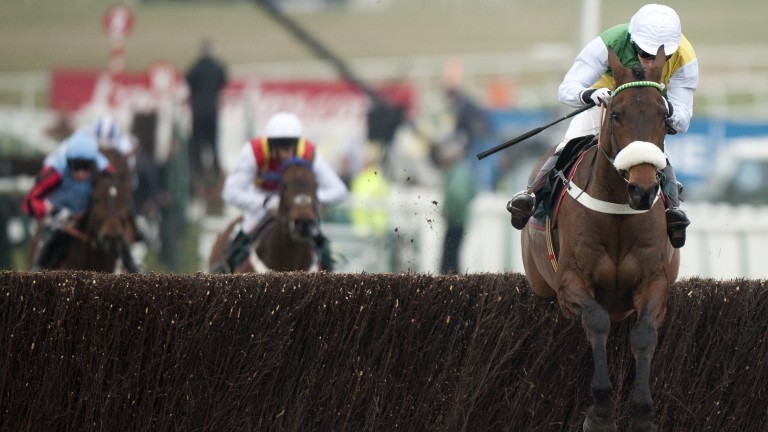 Few horses will have brought as much course form into the Kim Muir as Sunnyhillboy did when he lined up in 2012, having won a novice handicap hurdle and been placed in two Graded races from seven starts at Prestbury Park.

The diminutive jumper, ridden by Alan Berry, was sent off the 13-2 favourite under 11st 11lb, and slowly started picking off his rivals after rounding the home turn, keeping up a relentless gallop to put clear daylight between himself and Becauseicouldntsee.

His triumph capped a rich spell for those near the top of the weights in the Kim Muir, after Junior, who carried 11st 6lb, demolished his rivals by 24 lengths in the 2011 edition, one of the widest-margin festival wins in recent memory.

Berry was also in the plate when Butler's Cabin denied Character Building in the 2007 National Hunt Chase, while Sunnyhillboy went down by the narrowest of margins in the Grand National when a nose second to Neptune Collonges on his next start.

FIRST PUBLISHED 2:32PM, FEB 28 2019
Character Building will always be special to me as he gave me my first win at the festival