Fitness 'not an issue' as exciting Waiting Patiently makes return 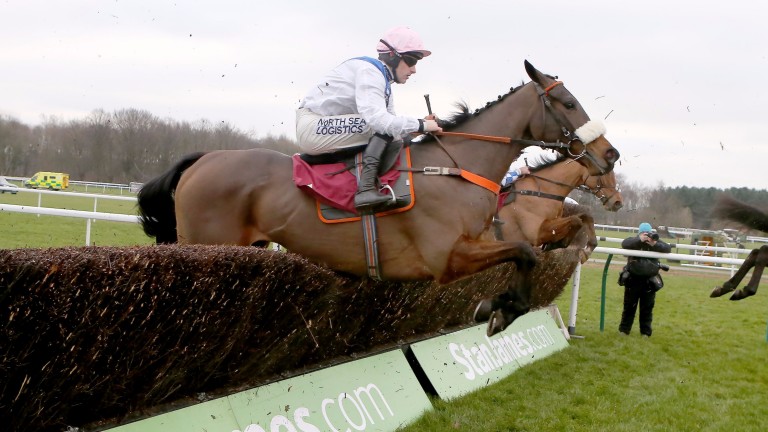 Connections of Waiting Patiently were forced to do just that after a small setback ruled the exciting chaser out of the major spring festivals, but he is reported fit and well in advance of his reappearance in this Listed chase, which is low on contestants but high in intrigue.

Only four have been declared in a race which features Many Clouds on its roll of honour, but in Waiting Patiently, who won all three starts last season after moving to Malcolm Jefferson from Keith Reveley, there could be a potential star on show.

He has been off the track for ten months since taking the notable scalp of Politologue in a Grade 2 at Haydock in January, but fitness is not expected to be an issue on his return.

Ruth Jefferson, assistant to her father Malcolm, said: "He took well to chasing, winning all three starts before he picked up a slight injury. He's bouncing and ready to run. He's been back in training since July and was one of our first back – fitness will not be an issue.

Jefferson added that whether Waiting Patiently takes up his engagement in the BetVictor Gold Cup at Cheltenham in just under two weeks' time will depend on how he fares and how hard a race he is subjected to.

On adjusted ratings the horse to beat is the Venetia Williams-trained Belami Des Pictons, who is rated 2lb inferior to Waiting Patiently but is in receipt of 6lb.

Like Waiting Patiently, he is a six-year-old who has won his last three chases, is open to improvement and has an absence to overcome.

The field is completed by the race-fit front-runner I Just Know, who could make it a fair test of stamina dropping back from three miles, and Baywing, who trainer Nicky Richards expects to come on for the outing.

Richards said: "He had a slight setback about four weeks ago – just a small foot problem – and he's a big, gross horse so he'll come on for the run.

"The trip is probably on the sharp side as well – it won't be long before he's back at three miles."

FIRST PUBLISHED 6:00PM, NOV 4 2017
He's been back in training since July and was one of our first back. Fitness will not be an issue