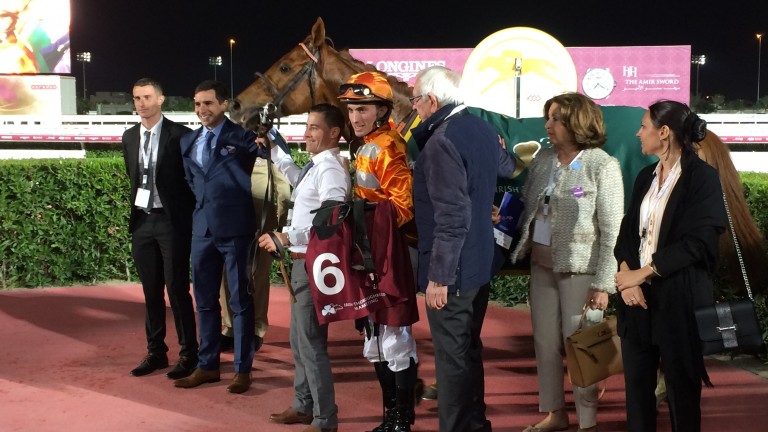 Jerome Reynier got off to the perfect start with his first runner in Qatar when Marianafoot won the feature Irish Thoroughbred Marketing Cup at Doha.

"He found all the right gaps at the right time," said Reynier, who trains in Calas, near Marseille. "He's in really good shape and finished the race well."

Reynier runs Royal Julius in Saturday's HH The Amir Trophy and added: "We're confident of a good run if he gets a bit of cover."

Ruth Carr won this race with Sovereign Debt in 2017, but the wait for another British winner went on after Salateen finished down the field for trainer David O'Meara.

"It was a disappointing run and he didn't travel like normal; usually he does his best work on the front end," said assistant trainer Jason Kelly. "We'll take him home, freshen him up and look for some fast summer ground."

FIRST PUBLISHED 6:15PM, FEB 22 2019
He found all the right gaps at the right time. He's in really good shape and finished the race well