Fire out to book his Dubai ticket with Dundalk hat-trick 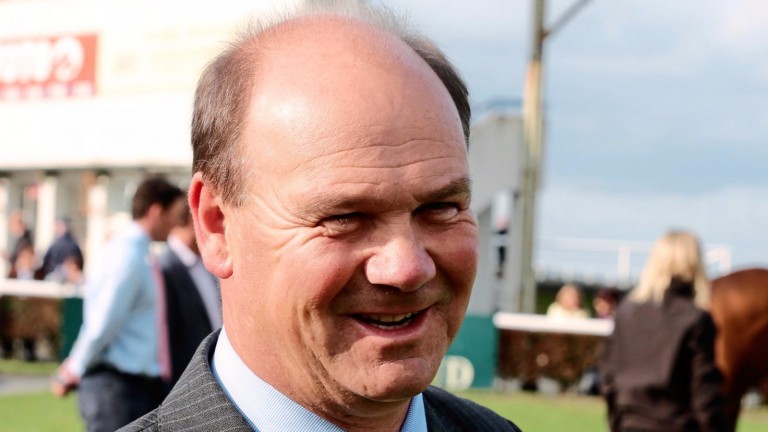 Michael Halford: out to win the Dundalk feature with Chestnut Fire
CAROLINE NORRIS
1 of 1
By Brian Sheerin 6:00PM, DEC 8 2016

Michael Halford is hoping Chestnut Fire is capable of recording a hat-trick of Dundalk successes this evening, and in doing so, book his ticket to Dubai.

The four-year-old has proved his well-being in recent months on this surface and put in a career best to win a 1m handicap with ease last time.

The Paul Rooney-owned gelding has climbed from a mark of 78 to 92 this term and victory this evening would almost certainly see him travel to Dubai next year, where his owner enjoyed one of his greatest days when Certerach landed the 2014 Dubai Gold Cup.

There are multiple Dundalk specialists that are bidding to end Chestnut Fire’s run of form with Captain Joy, Aussie Valentine, Northern Surprise, Captain Cullen, Reckless Lad and Hes Our Music all previous course and distance winners.

Out of the handicap

Red Avenger, Hes Our Music and Pullman Brown are all officially out of the handicap and wrong at the weights for this race.

Gavin Cromwell, trainer of Political Policy
I’m just hoping that coming back to a mile won’t be too sharp for him at this stage as he is getting on in age. It’s a good prize on offer and he always seems to run his race here. If it’s not too sharp for him, hopefully he can be involved in the finish.

Michael Halford, trainer of Chestnut Fire
He has been in good form but he has come up a lot in the weights. I am very happy with him and I hope he can improve. He is a possibility for Dubai depending on how he runs in this.

Sabrina Harty, trainer of Have A Nice Day
All of their bloods were wrong for the past few months so we have changed a few things and hopefully it works. I am worried that a mile might stretch him as seven furlongs is his trip. He needs to start back somewhere and I hope he can run well.

Tim Doyle, trainer of Northern Surprise
He racked up a hat-trick here last winter and paid the penalty of some good runs here in the past as he is a bit high in the handicap. He's in good form at the minute and I think he has come on a fair bit since his last run here.

Dick Donoghue, trainer of Hes Our Music
He has been a great servant for Pat Flynn, who did a good job with him, and hopefully we can have some fun with him as well. We haven't had him long but he has been in good form of late and we would love to see him run well. He's obviously three pounds wrong at the weights but we said we would take our chance. Danny Sheehy takes seven pounds off his back so hopefully that helps him.