Finian's Oscar and Alary among leading names at Exeter 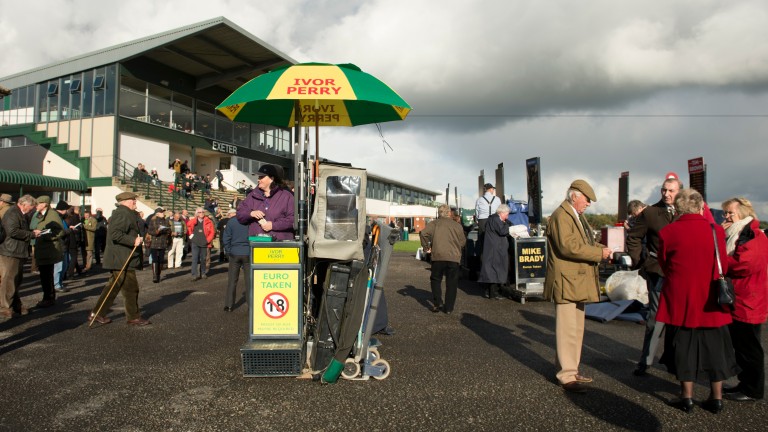 If you build it they will come. Exeter's efforts to put on a quality, prize-money laden card, have been rewarded on Sunday with a host of Cheltenham Festival fancies in attendance.

The seven-race fixture has a history of producing festival clues, and has attracted 76 runners, with total prize-money of £111,000 on offer.

He is comfortably the class act for a six-runner Listed novices' hurdle (2.20), while stablemate Alary bids to rebuild his reputation in a four-runner graduation chase (3.50).

However he is likely to face a stern test from Tea For Two, while Carraig Mor is slated to have his first start since April 2015 in the race.

Reve De Sivola and Fingal Bay are also set to feature on the bill, with the last-named a previous winner at the fixture. That also applies to Sun Bets Stayers' Hurdle favourite Unowhatimeanharry, who won the 2m7f handicap hurdle last year en route to victory in the Albert Bartlett, while Many Clouds was successful in the opening novices' hurdle in 2013.

General manager Daniel Thompson said: "We're really excited. It's a fantastic card. We've had some brilliant runners over the years and it often serves up some right treats just before Cheltenham."

A crowd of around 3,000 is expected, and the going was described as soft on Friday by clerk of the course Barry Johnson.

"We're due possibly -2C tonight and then it won't get much above freezing on Saturday but there doesn't look like there will be much of a frost, if any on Saturday night," Johnson said.

"There is a possibility of sleet/snow showers on Saturday but we're very confident we'll be okay."

FIRST PUBLISHED 1:44PM, FEB 10 2017
We've had some brilliant runners over the years and it often serves up some right treats just before Cheltenham