Finian O'Toole: has been forced to retire through injury
Martin Lynch (racingpost.com/photos)
1 of 1
By James Stevens 6:22PM, SEP 3 2019

Conditional jockey Finian O'Toole has been forced to retire after being unable to fully recover from a horrific fall at Kelso last November.

O'Toole fell in a hurdle contest aboard One Night In Milan, before then being hit by King Leon, after which he was airlifted to Edinburgh Royal Infirmary and diagnosed with a broken pelvis.

The County Galway-born rider rode 53 jumps winners in Britain and since the fall has spent time at the Injured Jockey Fund's facility at Jack Berry House working on his recovery.

O'Toole said: "I have had to retire due to medical reasons. It happened last November and I always knew it was going to be a struggle since then. I am absolutely gutted. I am going to miss it thoroughly – I suppose I won't miss the sauna though! 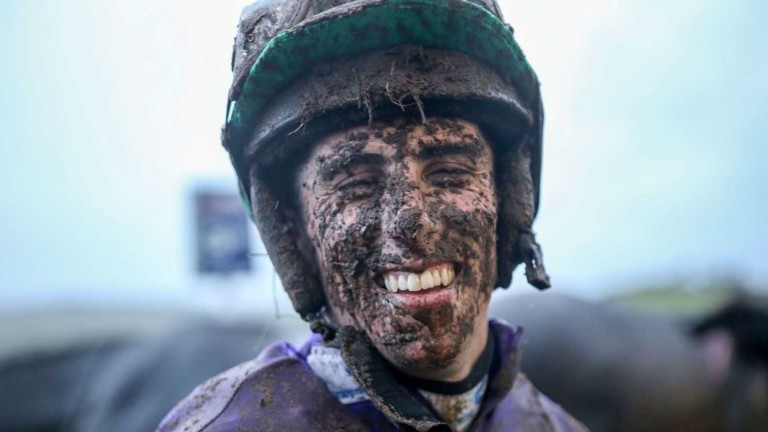 Tough going: a mudsplattered Finian O'Toole is all smiles after winning at Hexham in 2017
John Grossick (racingpost.com/photos)

"I've been at Jack Berry House and I will continue to do my rehab, they have been amazing to me. I was convinced for a while I was going to get back but unfortunately over the last few weeks I started to realise it wasn't going to happen. Then last Thursday I met the specialist [Dr Jerry Hill, BHA chief medical adviser] and the door shut.

"It has been a long and hard road, but I have been surrounded by great people. It is a bit of a weight off my shoulders as I know the craic now. I'm not going to be one to sulk about it and I will move on to the next chapter."

O'Toole named a Sedgefield treble in February 2016 as a career highlight. All three of those winners were trained by the jockey's main boss Micky Hammond, who trained 36 of O'Toole's career winners and was an integral part of his career. 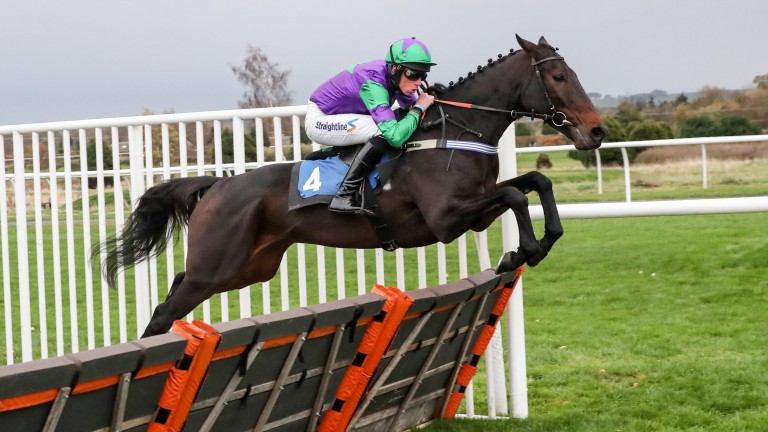 "Sedgefield was the best day," O'Toole added. "I got a right kick out of it and it was one of those days where everything went right. My boss Micky Hammond has really looked after me, I have been with him four years and he has been very good to me.

"There are plenty of people I would like to thank, Jack Berry House, the IJF, my sponsor [Richard Gilbert] and my family and friends –they've all stuck by me."

On his next career path, O'Toole said: "I want to be involved in racing and I have a few different options but I am not committing to anything, possibly something to do with young horses."

FIRST PUBLISHED 6:22PM, SEP 3 2019
I am absolutely gutted, I am thoroughly going to miss it, I suppose I won't miss the sauna though