Latest THE RESULTS ARE IN

Find out how you fared in John Randall's annual Christmas Quiz 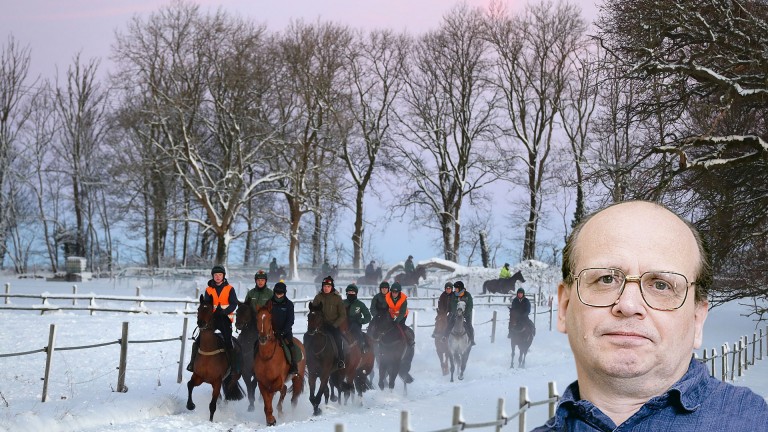 We gave you the chance to win £350 worth of free bets with Paddy Power by completing John Randall's festive quiz, with free bets of £100 and £50 also going to the runner-up and the third. Find out how you fared and if you finished in the money below . . .

2 When Michael Dickinson trained jumpers, what did he list as his recreation in the Directory of the Turf?

3 Which horse holds the record for the biggest winning margin in a British Classic?

5 Who was both a champion racehorse owner and the subject of an Oscar-winning film?

6 Which Gimcrack winner landed a seller as a 14-year-old entire, and was called by Michael Pope "A perfect gentleman, a pleasure to train and not in the least randy"?

7 Which country's prime minister has the same name as a Henry Cecil Group 1 winner?

8 Which of these is the Classic odd one out?

9 Which Derby-winning plutocrat said: "A billion here, a billion there, and pretty soon you're talking real money"?

10 Which three-year-old filly was unplaced in the 2,000 Guineas, Oaks and Ascot Gold Cup?

11 Which of these jockeys was born on Friday the 13th?

12 Which champion jockey was born on the day Khalid Abdullah had his first winner in Britain? 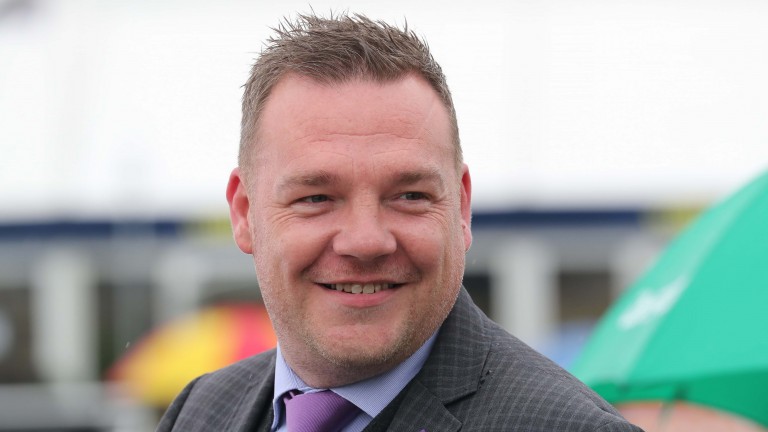 14 The Lemonfizz Crystal Cup is a steeplechase in which Dick Francis novel?

15 When Gordon Elliott won the Grand National with Silver Birch, how many winners had he trained under rules in Ireland?

16 Which Kentucky Derby winner was sold for ten guineas in Newmarket as a five-year-old?

17 Who would have been Britain's champion jump jockey in 2018-19 if the title had been decided on prize-money?

18 Which female jockey has scored the most career victories over jumps under rules in Britain?

19 In which Ealing comedy does Alec Guinness say: "I've got a horse in the Jockey Club Stakes"?

20 "Black and pink (quartered), pink cap" were the colours carried by which great champion?

21 Which great champion was owned by a cousin of fascist leader Sir Oswald Mosley?

22 Which champion scored her most impressive victory on VE Day?

23 Vice Squad was the first horse to beat which outstanding champion?

24 Lenin was an outstanding champion racehorse in which country? 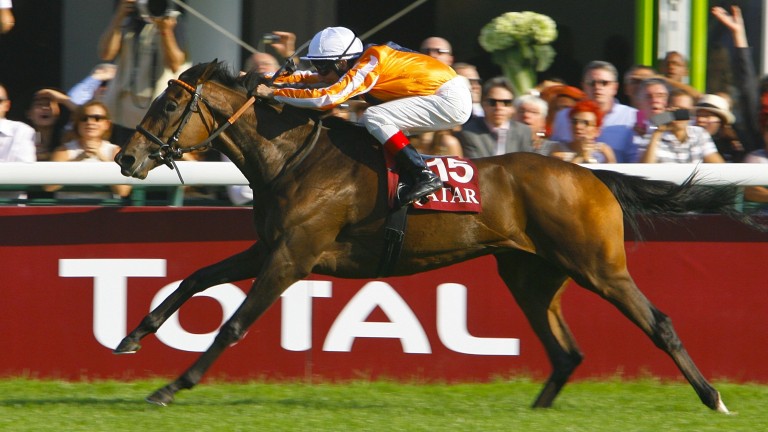 Who am I? (see question 25)
Mark Cranham

25 (Picture question, above) Who is this Prix de l'Arc de Triomphe winner passing the post?

26 At what age did Josh Gifford have his first ride under rules?

27 Apart from Aidan O'Brien, who was the last trainer to be champion on the Flat in Ireland?

28 Which of this quartet has never been runner-up in the British jumps trainers' championship?

29 Which big-race winner in 2019 has the same name as a Jethro Tull album?

C) Living In The Past (Lowther Stakes)

31 Jim Bolger's Glebe House stables have a Carlow postal address but are actually in which county?

32 Which racecourse has provided Paul Nicholls with more of his 3,000-plus victories than any other track?

33 At which racecourse did the Queen have her first winner as an owner?

35 In which novel does a mare called Frou-Frou suffer a fatal fall in a steeplechase?

36 Which racecourse had its grandstand burnt down by a suffragette in 1913? 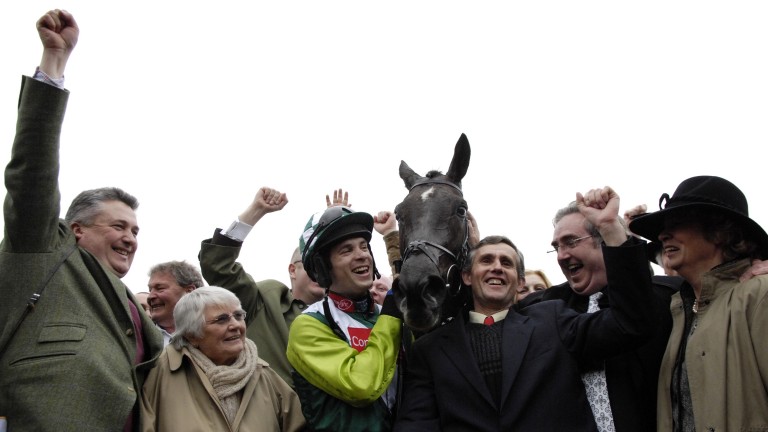 37 (Picture question, above) Who is this Cheltenham Gold Cup-winning jockey?

38 Which of these trainers once rode the favourite in the Grand National?

39 Who rode Willie Mullins' first winner as a trainer?

40 Faugheen was the first winner in whose training career?

42 Brittas Belle won the inaugural running of which Irish handicap?

43 On which racecourse are the Leo McMorrow Memorial Chase and the Callan Tansey Hurdle run?

45 Name the future Grand National winner of whom the Sale & Mackenzie annual commented: "May turn out . . . speedy, a bad jumper, and only able to last a bare 3m."

46 Peter Mackay was the real name of which horseracing figure?

47 Robert Earnshaw are the middle names of which Classic-winning trainer?

48 Which Derby winner triumphed at Epsom after being unplaced in the Kentucky Derby?

49 Which film depicting a racetrack robbery was produced by a Grand National-winning owner?

B) Gertcha (Chas and Dave)

'His work is brilliant and I can't wait for the Wokingham' - Royal Ascot views Youth trumps back-class in big race but this weekend is in need of a focal point 'I was caught by the dream – and it's gone on to become a compulsion' The drugs bust, the stun gun and the most extraordinary Royal Ascot finish 'One second he was going to win - the next he was heading to the street' 'The three-year-olds and juveniles look particularly exciting'
Bookmaker
Price
E.W. Terms
bet365
Open Account
Ladbrokes
Open Account
William Hill
Open Account
Coral
Open Account
Paddy Power
Open Account
Betfair
Open Account
Sky Bet
Open Account
Sporting
BetVictor
Boylesport
888sport