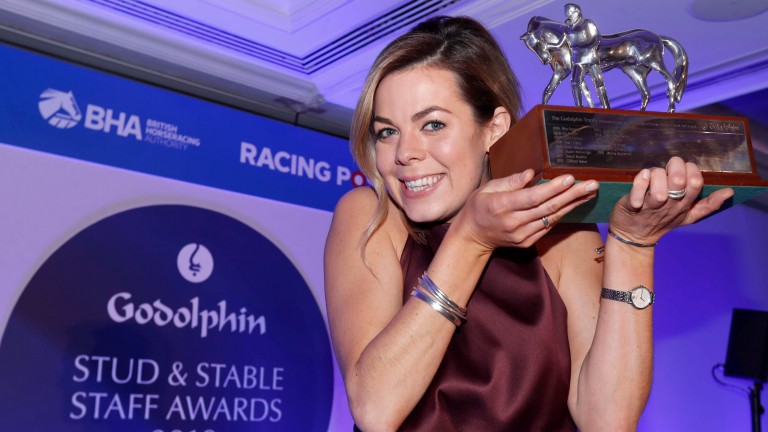 The 18 finalists across six categories who will head to London next month for the 2020 Godolphin Stud and Stable Staff Awards have been announced.

They have made it through from an initial field of 203, which was reduced in December to a shortlist of ten for each of the six awards.

A dozen of them in the first four categories will be hoping to succeed last year's overall employee of the year winner Catriona Bissett, who is on the judging panel this year having also won the leadership award in her assistant trainer role with Nick Alexander at Kinneston Stables in Scotland.

All 18 finalists are guaranteed a prize, with winners receiving £5,000 and the other two £2,000 in the first four categories.

The winner of the David Nicholson newcomer award gets £2,000 and a five-day educational tour of Dubai, including return flights and five nights in a five-star hotel.

The finalists face the judges, chaired by Brough Scott, in London on February 24 before the winners are announced later at a glittering awards ceremony at The Underglobe on London's South Bank, hosted by ITV Racing's Ed Chamberlin.

The shortlisted nominees for the six awards