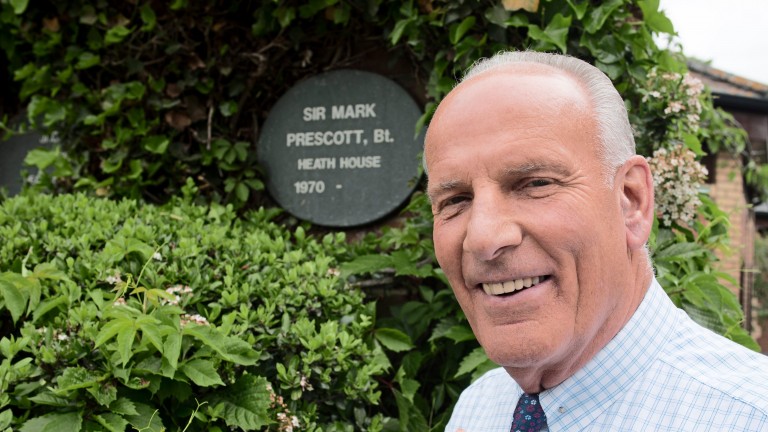 When you've defied death after leaping out of a plane, a tight finish at Southwell is unlikely to faze you. But Eve Harrington's narrow victory in the novice event on Sunday meant an awful lot to Sir Mark Prescott, who'd been left holding the $200,000 baby.

That was what the filly with a classy US pedigree cost at the Keeneland sales as a yearling in 2017 before near-disaster struck.

"We bought her for an owner who said he didn't fancy her," recalled Prescott. "I said, 'That's fine, I'll sell her in England', but she jumped out of the plane at Stansted.

"She got out of the stall and on to the runway. She was cut from top to toe, so of course we couldn't sell her and I'm afraid she's mine."

Prescott is a highly successful trainer but he's never actually owned a horse himself, and he said: "I always say this is the most expensive horse in the world because all she's done is rack up bills until now.

"I've never owned a horse before and my accountant said I must send myself bills – they kept coming in. I'd had no idea what I was sending my poor owners until I had to pay them!"

Eve Harrington's tale has a happy ending as not only did she survive her plunge on to the runway, she's been nursed back to health and at Southwell she got the better of Barossa Red by a nose in a desperate finish to score second time out in the 7f novice event.

The victory under Luke Morris – by one-hundredth of a second – makes her a highly saleable commodity as a broodmare prospect, particularly as her pedigree looks even better now than it did when she was bought.

"The family has done very well in America," said Prescott. "Maraud won the Group 2 on Derby day in Kentucky and he's a half-brother so I'll be rescued now she's won!"