Be the venue Doncaster or Chantilly, the theme of so many of the late-season two-year-old races appears to boil down to Aidan O'Brien versus John Gosden.

Ballydoyle rely on Hermosa, who already has two Group 1 placings to her name having finished third to Skitter Scatter in the Moyglare Stud Stakes and then finding only Iridessa too strong in the Fillies' Mile.

In between times Hermosa boosted the tally in the win column in the Group 3 Weld Stakes at Naas and it is to the seven furlongs of that success that she returns here under Ryan Moore. 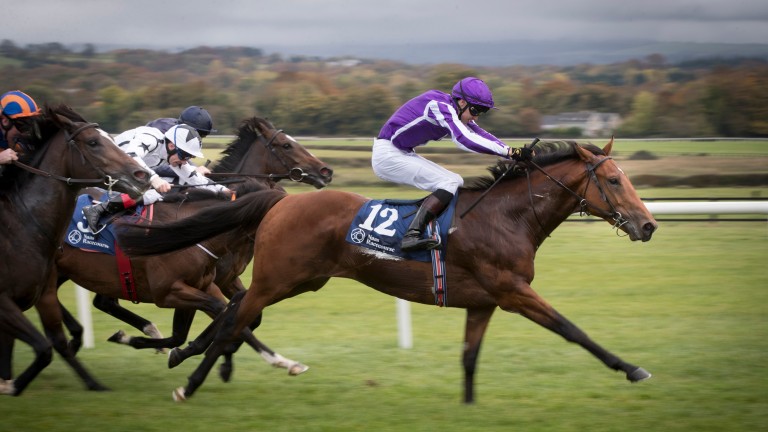 O'Brien also fields San Andreas, the mount of son Donnacha and a winner on his second start when dropped back to six furlongs at Naas a week ago.

Of the pair, O'Brien said: "Hermosa has been consistent and is back down in trip after running second in the Fillies' Mile. She's been in good form since and we're happy with her.

"San Andreas is up in distance after his maiden win over six furlongs at Naas a week ago. He was a bit green there and, while we're running him back quite soon, he seems to have taken the race well."

Gosden has yet to test Kessaar at Group 1 level or at this trip but the son of Kodiac has taken decent steps forward in his two most recent starts against good yardsticks in Junius Brutus and True Mason and will once again benefit from the assistance of Frankie Dettori.

The second of those successes came on softer ground than he will encounter here but Kessaar looked better the further he went, a reassuring sight with a view to him staying seven furlongs.

Saeed Bin Suroor has already landed one juvenile Group 1 in France this month with a lightly raced maiden winner and attempts to repeat the trick with Royal Meeting, although the raw form of his Yarmouth success requires him to have improved plenty.

Bookmakers make the best of the two French-trained challengers to be Ecolo, who is arguably better than he was able to show when running a flat last of five behind the Breeders' Cup-bound East at Saint-Cloud.

But the supplemented Graignes is also respected having split Queen Of Bermuda and Legends Of War when third in the Group 2 Criterium de Maisons-Laffitte over a straight six furlongs.

Members can watch replays of all UK and Irish races here

FIRST PUBLISHED 6:00PM, OCT 27 2018
It looks a competitive race but I thought it was a really good effort last time. We?ve always liked him and I hope he would be in the mix